The Frenchman is the new European Junior Men Road Race champion. The decisive 3-man move was started early in the final lap, along with Per Strand Hagenes (Norway, silver) and fellow countryman and son of art Lenny Martinez (bronze) 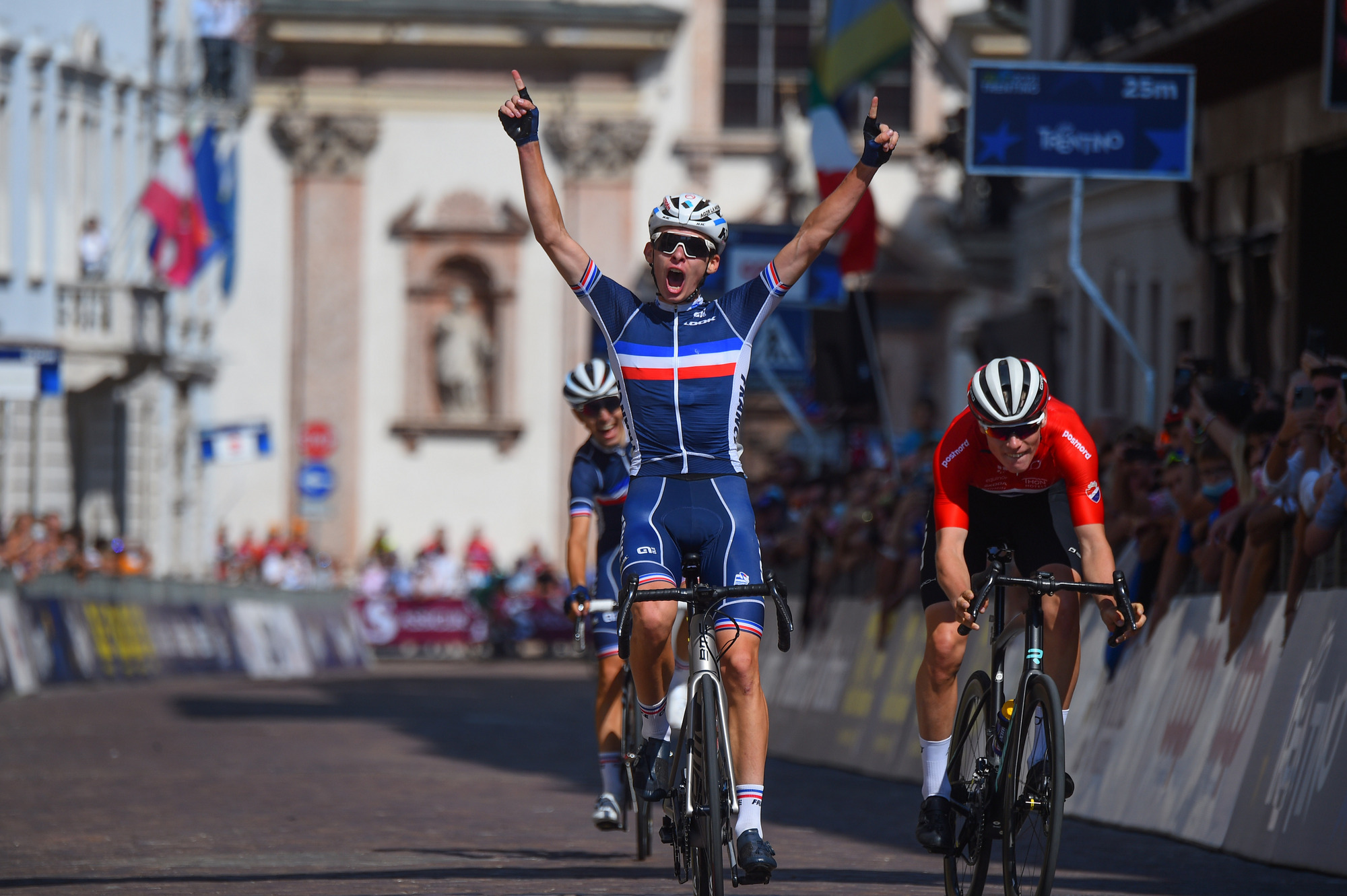 On Friday, September 10th, 2021, France has started the road race stint of the UEC Road European Championships – Trentino 2021 on a high, by winning the Junior Men title with Romain Gregoire.  The Frenchman earned his the gold medal by outsprinting his two fellow escapees in Trento‘s Piazza Duomo: Norwegian Per Strand Hagesen came in second, ahead of third-placed Lenny Martinez, the son of 2000 MTB Olympic Champion Miguel, who made it two out of the top-3 for France.

Gregoire was among the top favorites for this race, being the French National Champion in both the Road Race and ITT specialties, and completed the race in 2h35’42”, ten seconds clear of the charging peloton.

After a quiet first part of the race, the group started to stretch out under the attacks by Rafferty (Ireland) and Abt (Germany), who tried several times to get clear with no success. Gregoire himself had tried a first move with around 45 km to go, but the peloton quickly got back to him.

The winning move came away at the beginning of the last lap, with the French duo Gregoire – Martinez and Norwegian Hagesen earning the decisive 10″ and keeping it up to the finish, until the final three-way sprint, confidently won by Gregoire. about 10” advantage on the main group: the lead was kept the same size for the remaining 10km, with the final sprint after the last turn. Fourth place for Vlad Van Mechelen (Belgium), fifth for Italy’s Manuel Oioli. 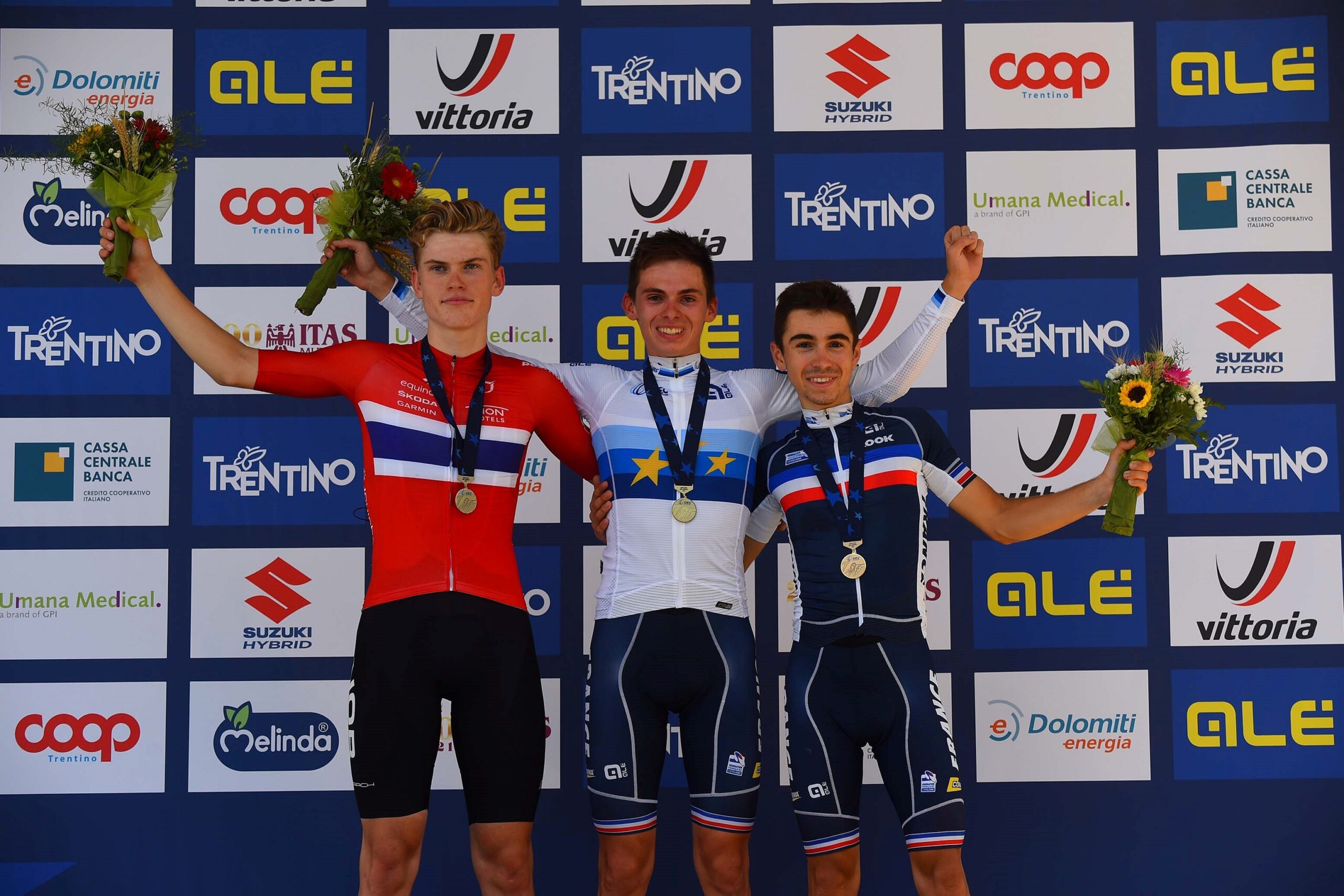