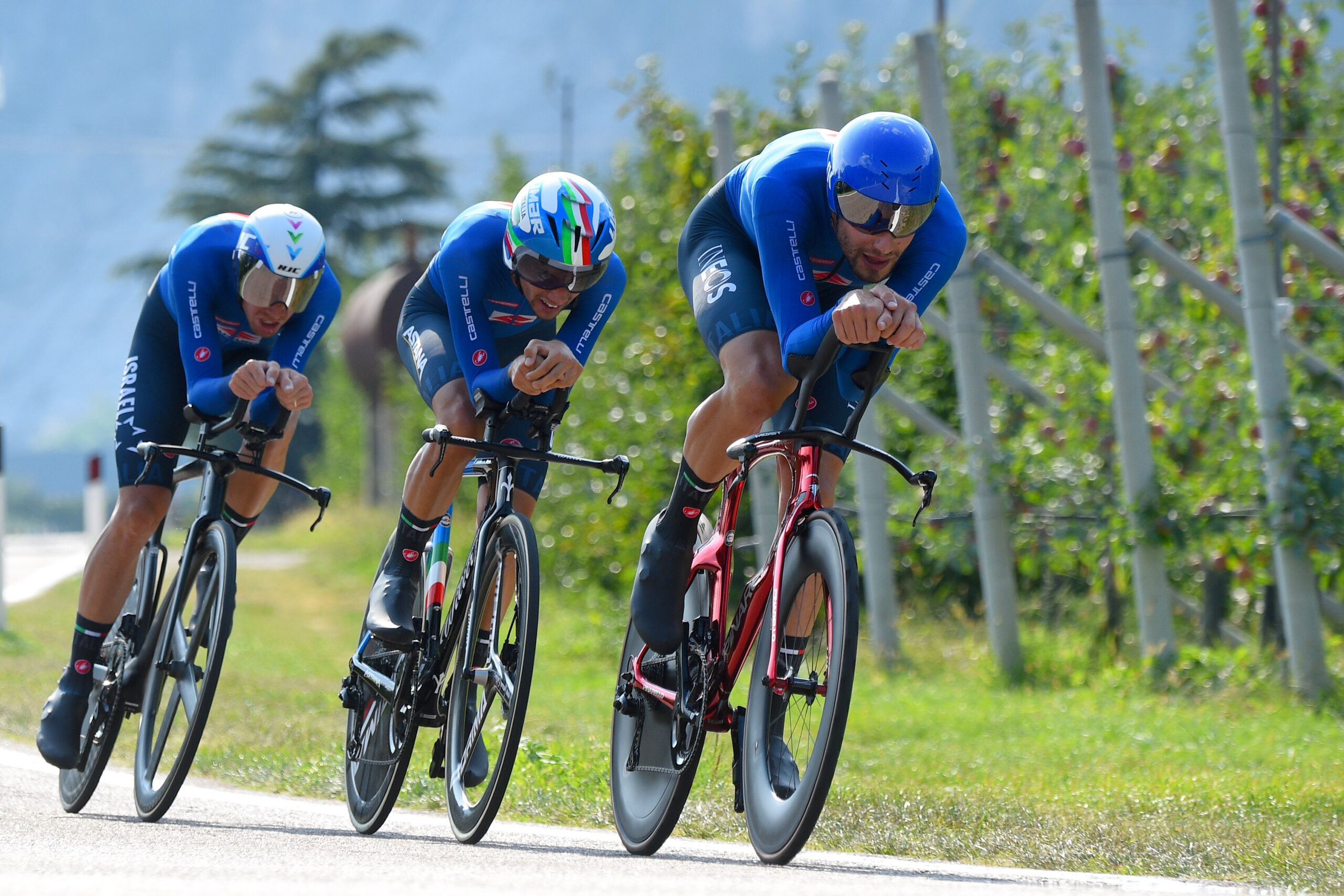 Filippo Ganna: “We did it! It was important to start well and have an extra push in the coming days. Tomorrow we’ll focus on the time trial, and we’ll see how it goes. It was a big team effort where everyone has helped. We were very strong, but the girls also showed the world the strength of our team. Congratulations to everyone”.

Marta Cavalli: “It was my first team relay because I have only done the team time trial at the Giro Rosa, but it was a surprise for me because we have never raced all together. We manage the race in a very windy condition, keeping the race under control thanks to the advantage accumulated in the first part. I’m very happy because I was missing a success in this part of the season, and it’s great to win here in Trento“.

Alessandro De Marchi: “It is a sweet return in the Italian National Team. After the recent troubles, it is a victory that is even more important for me. It is very nice and stimulating to be at the side of such strong athletes. We respected the race plan, and it went well. Now I remain at the disposal of the Italian Coach Davide Cassani“.

Elisa Longo Borghini: “We have to thank the time recorded by the guys: they gave us a good advantage, and we started with more motivation. It’s always nice to play a team race because it represents the litmus test of the movement“.

Matteo Sobrero: “For us it was a debut in a Team Relay, we wanted to push hard especially in our first half because in the second one the wind could have caused us some problems. Having a teammate like Filippo is really helpful, because he pushes you to the limit”.

Elena Cecchini: “I am so happy to be here and to get this win, I wanted to enjoy the day to the fullest and that’s what I did. It is a honor and a great feeling to share this medal with the whole group: it is fantastic!”. 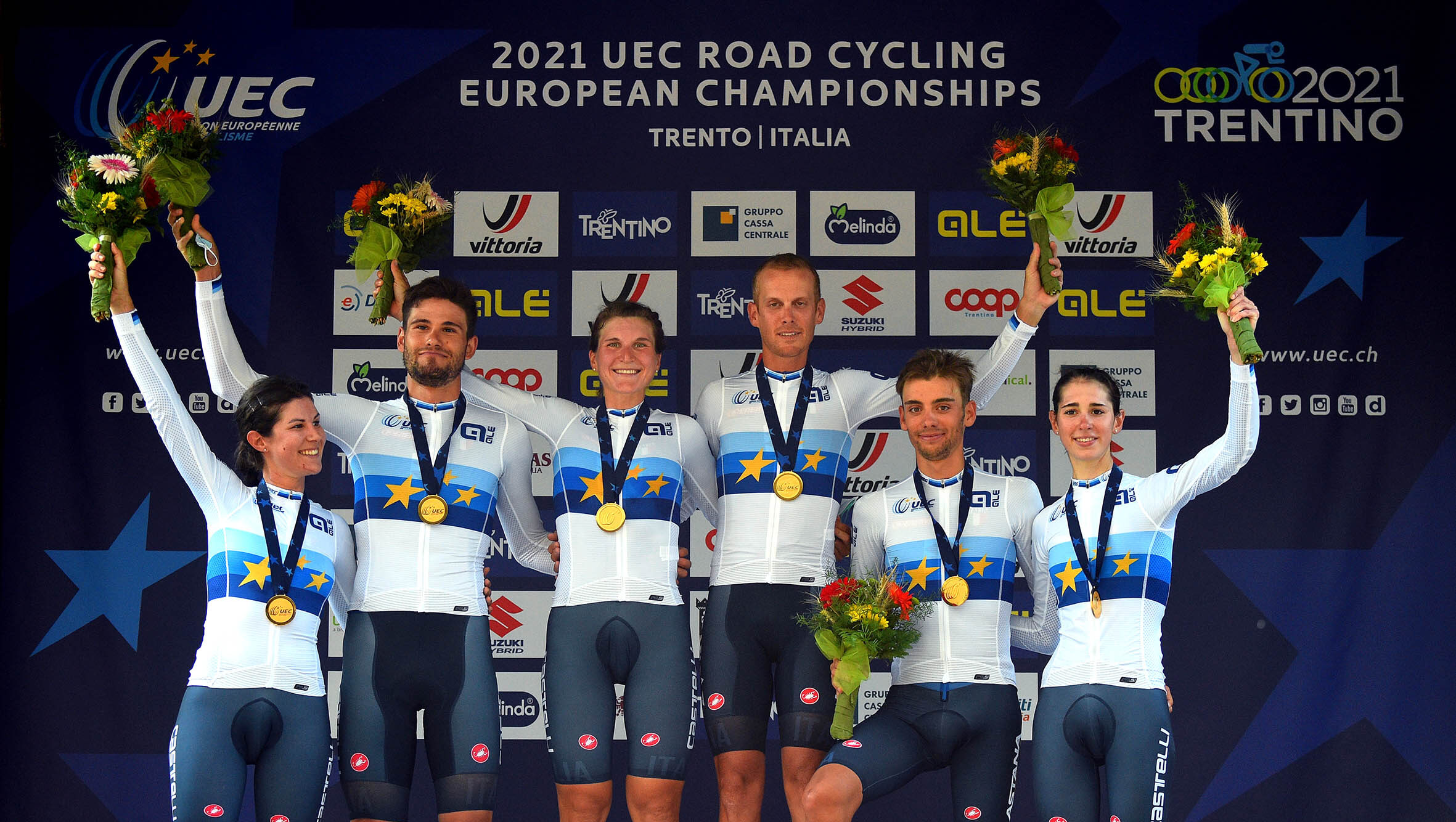