The European Road Championships – Trentino 2021 are an opportunity for visibility and media coverage not only for Trentino and its wonderful landscape, but also for the many companies supporting this important European cycling event.

The call from the Organizing Committee has been answered by major companies of Trentino, part of the everyday life of local people and companies: Gruppo Cassa Centrale, SAIT COOP and ITAS Mutua. These three important realities will be premium sponsors of the event taking place in Trento from September 8th to 12th 2021, featuring top names of international cycling such as Tadej Pogačar, Peter Sagan, Filippo Ganna and, among women, the Dutch Annemiek van Vleuten, Marianne Vos and Anna Van der Breggen.

ITAS, ALWAYS BY THE SIDE OF ITS INSURED MEMBERS

Founded in 1821, ITAS Mutua is the reference insurance company for the region and for 200 years has been at the side of families and businesses, offering a wide range of solutions, while maintaining its mutual nature. ITAS has no shareholders, but its “owners” are the insured members themselves. Over the years ITAS has become a reference point for the Trentino sports movement.

“We are pleased to join this important event that attracts athletes from all over Europe to our city – said Giuseppe Consoli, President of ITAS -. Our Company has contributed, for 200 years now, to the economic and social development of the area and fully shares the values that sport can transmit. It is no coincidence that we represent a reference for the sports world and for the associations that promote these activities as a growth and education tool. This is a commitment that makes us particularly proud and motivates us more and more”.

The establishment of the Agricultural Industrial Union of Trentino, today known as the SAIT Consortium, goes back to 1899, to organize the joint purchase of goods and machinery by Cooperative Families. An important reality of the economic and social environment the areas of Trentino Alto Adige, Veneto and Lombardia, SAIT has chosen to be on the side of the European Cycling Championships.

“We are proud to associate the Coop Trentino brand to a major international sporting event like the European Road Cycling Championships – comments Renato Dalpalù, President of Sait, the Trentino Consortium of Consumer Cooperatives -. We strongly believe in the great values of sport that we have always shared as a cooperative movement. Furthermore, we also promote them through other important Winter Sports events. For several days, the European Road Championships will bring in the home of millions of fans and on the devices of sport enthusiasts of all Trentino, a territory that our association is careful to serve with a detailed presence either in its capital and in the valleys”.

CASSA CENTRALE GROUP, IN THE WAKE OF GREAT CYCLING

Once again, after the long-lasting journey with the Giro del Trentino and, in recent years, with the Tour of the Alps, the Cassa Centrale – Credito Cooperativo Italiano confirms its support to top international cycling, consolidating through this partnership a long-standing relationship with the territory.

Giorgio Fracalossi, President of the Group, commented: “We have always paid special attention to sport and we strongly support this kind of events, which – in addition to bringing a sense of normality, gives a strong boost to the economic restart of our region. Trentino is a land dedicated to both sport and tourism, two sectors that generate important incomes in our communities and that drive our economy. These are two industries that will certainly benefit from the presence of the European Cycling Championships in the city of Trento”.

The Cassa Centrale Group, based in Trento, has 73 banks and 1,500 branches throughout Italy, over 11,000 employees and approximately 450,000 members. With balance sheet assets of €86.8 billion, it ranks among the top ten Italian banking groups and with a CET1 ratio of 21.46% it is one of the most solid groups in the country. 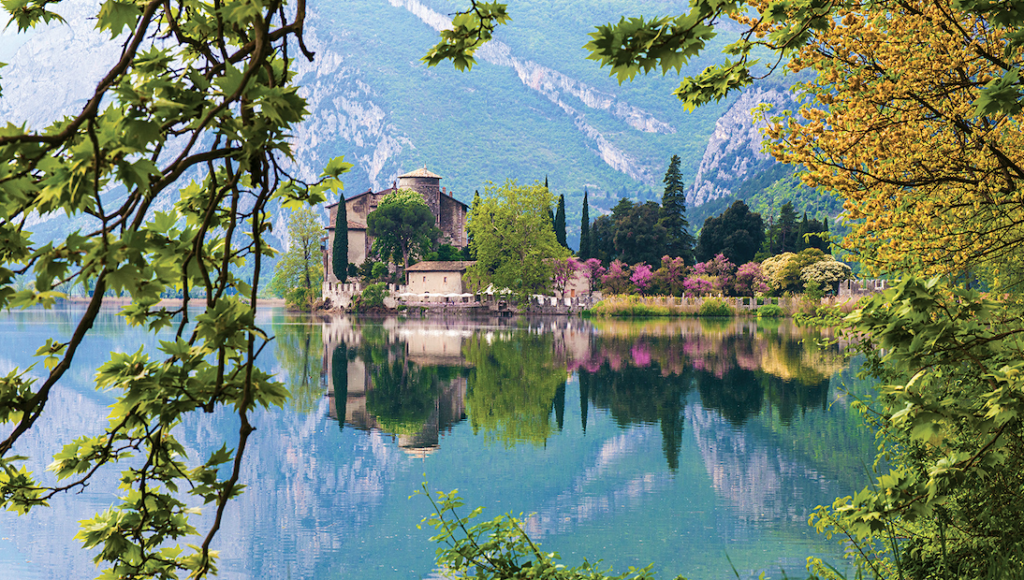