Alec Segaert is the new European Junior Time Trial Champion, winning in Trento ahead of top-favorite and fellow Belgian Cian Uijtdebroeks by just 5 seconds. The podium was rounded out by Frenchman Eddy Le Huitouze.

Alec Segaert saw off the competition and managed to wear the cherished European Champion’s jersey by at 26:26:61, averaging over 50 km/h. The Belgian double was completed by number-one favourite Cian Uijtdebroeks, who came in second with a 5-second gap from his compatriot. Frenchman Eddy Le Huitouze got the bronze medal and the third step of the podium, 40 seconds behind the winner.

“It’s my second victory in Italy after the Trofeo Stradella and it’s incredible to win here – said the winner, Alec Segaert, after the finish -. I pushed very hard in the first part and at the split, I was already in the lead by quite some time, and from the team car they confirmed my feeling. I gave everything and I was exhausted after the finish, but what an emotion to know to be the winner“ 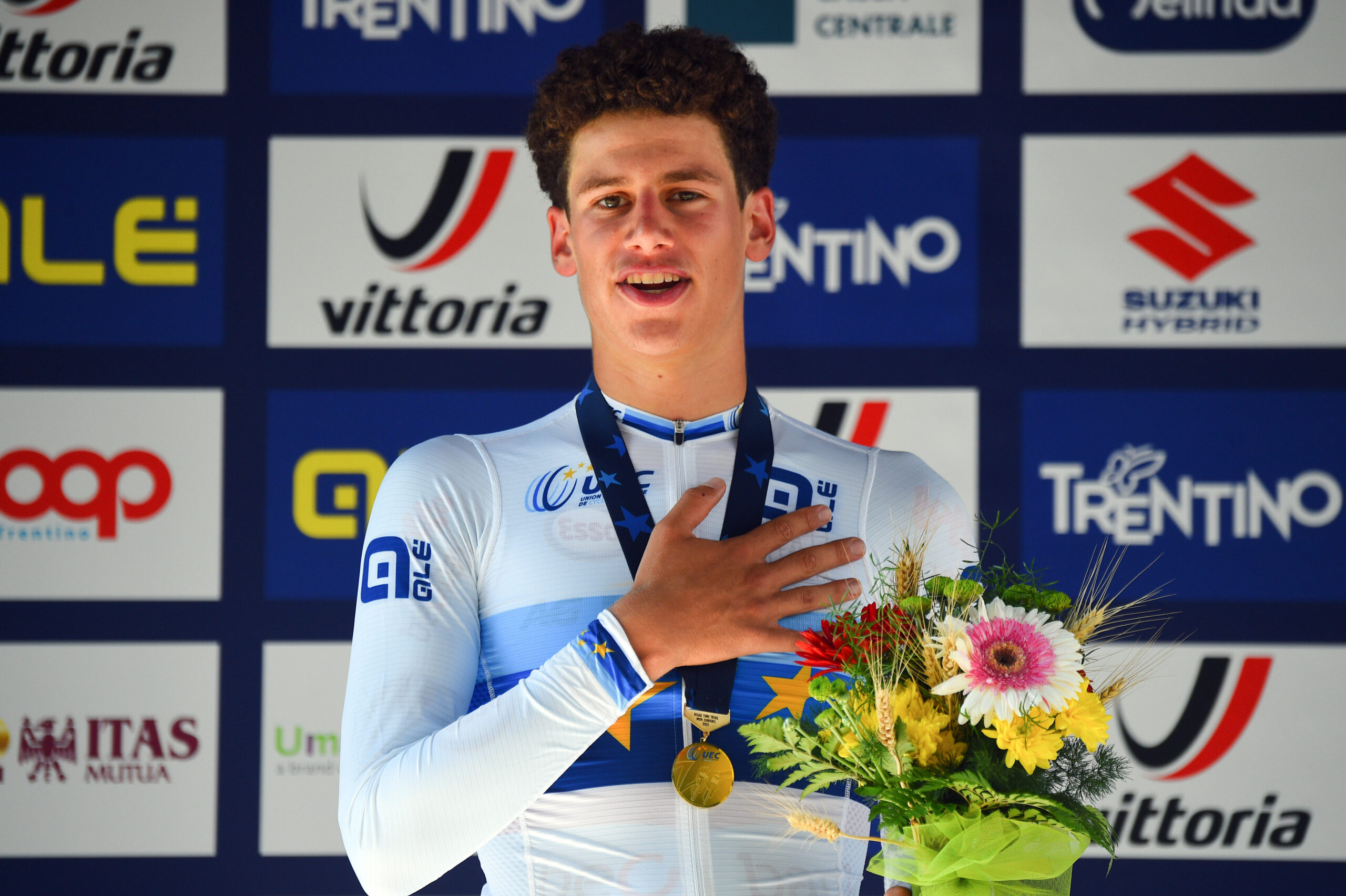