Niewiadoma in Trentino to fight for gold and glory

The Polish rider with a passion for cuisine has her sight set on the European Championships in Trento (8-12 September 2021), hoping to add to her previous success in the continental champs and claim her first seasonal win

As an intense feeling between Katarzyna Niewiadoma with the European Road Cycling Championships has remained unchanged although she still misses the most prestigious success in the Elite category (while she won the U23 race twice), maybe the right time is coming, from September 8th to 12th in Trentino that “Kasia” considers “a special place, with so much to offer, the nature, the mountains, good food and very kind people”.

For the Polish rider, winner at the 2016 Giro del Trentino, the current season has been plenty of top placements in major races, grazing the victory at Flèche Wallonne and Dwars door Vlaanderen, both finished as runner-up: “I would like to win more frequently, even if it’s not easy – Niewiadoma argued -. I’m aware that it is just a matter of time, I should trust the timing and keep believing in myself and my team! Maybe I wish I had some more luck in the past, but it’s all part of my learning process”.

On the Trentino roads, however, the Polish athlete will have to face the hard competition of the Dutch team and other fierce competitors aiming to dress the European Champion jersey. “All Dutch cyclists are always to watch out for, as well as Elisa Longo Borghini, Cecilie Ludwig, Lizzy Deignen and Lisa Klein, just to name a few.”

Regarding the route of the Women’s Elite road race on Saturday, September 11th (107.2 km) and its technical features, Niewadoma said: “I haven’t been there for a recce, but I have seen some race profiles on the internet and I’m excited about it! I always like so much to represent my country and this year we have a great opportunity to race in Italy, which I always feel very special. I love Italy and would love to live there for a while one day.”

In recent years, Niewiadoma has been able to make herself appreciated as a reference point in women’s cycling that “keeps progressing, with better focus on aspects such as training and nutrition” and by her followers for her passions beyond cycling, mostly fashion and cooking: “I was mainly focusing on cycling previously but over the time I realized to need something extra for keeping myself inspired and motivated. I love cooking and baking, and luckily my boyfriend (former US rider Taylor Phinney, ed) has a big appetite and eats anything with a big smile”. 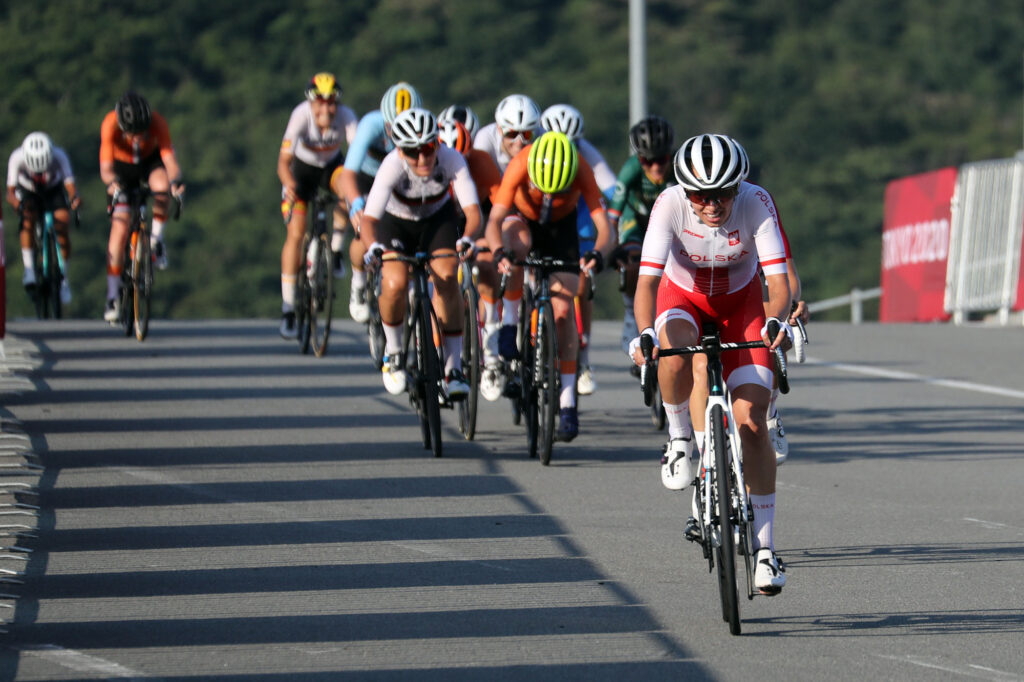