On Wednesday the European Champs start in Trento with 1.000 athletes - Trentino 2021 Cycling

On Wednesday the European Champs start in Trento with 1.000 athletes

Trentino is ready to welcome the UEC Road European Championships (September 8-12). Thirty-nine Nations and over 1000 registered athletes will compete for 13 titles: Pogacar, Evenepoel, Sagan, Ganna, Van Vleuten and Van den Breggen the top starts of the event. The opening on Wednesday September 8th with the Junior Time Trials and the Team Relay; grand finale on Sunday 12th, with the Men’s Elite Road race 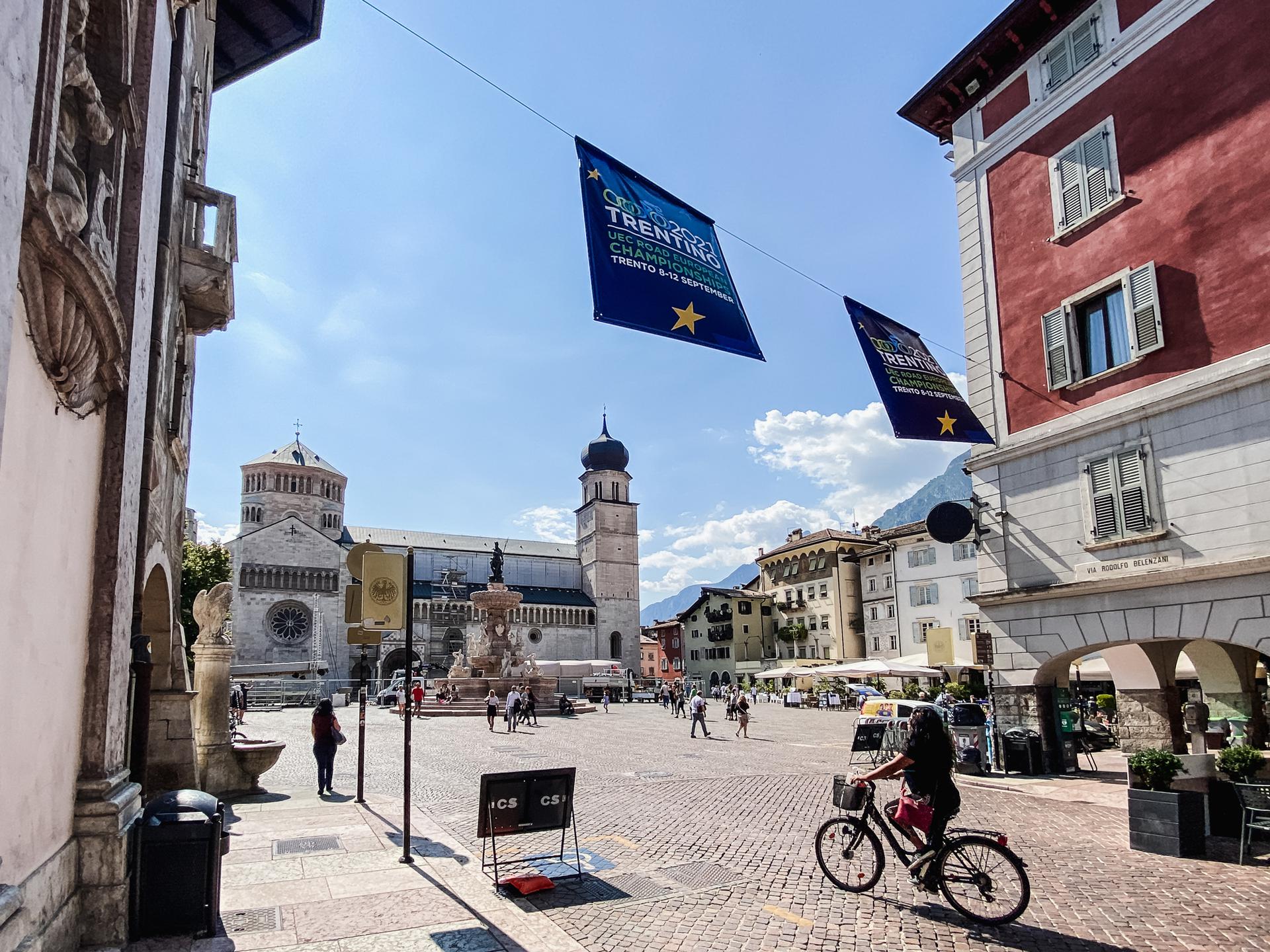 The long wait is over: on Wednesday, September 8th, the 2021 edition of the UEC Road European Championships starts in Trentino a few days after the big success of the UCI Mountain Bike World Championships in Val di Sole.

This time, all spotlights of the cycling world are pointed on Trento, its historical center and the fascinating surrounding territory, the legendary Monte Bondone and the wonderful Valle dei Laghi.

From September 8th to 12th, over 1000 athletes from 1000 Nations will compete for 13 titles in Trento. After the first two days dedicated to time trials (September 8-9), on Friday, September 10th the road races will get off, until the final showdown of the Elite Men on Sunday, September 12th.

A TOP-CLASS SHOW EXPECTED ON THE EUROPEAN ROUTES

With a 179,2 km distance, the Elite Men’s race will start with an in.line streatch through the Valle dei Laghi and the iconic Monte Bondone ascent, from the Candriai side. From the top, the riders will take a downhill slope towards Trento, where they will face eight laps of the 13,2 km city circuit, featuring the Povo climb (3,6 km at 4,7%)

On the previous days, the city circuit will host the other European Championships Road races with start and finish in the main square of Trento, Piazza Duomo, while the time trials will take off from the MUSE – Sciences Museum in Trento, with the finish line located in Piazza delle Donne Lavoratrici: the course is a 22,4 pan-flat loop through the surroundings of Trento and its quality vineyards, suited to the specialists of the discipline.

In the Team Relay, six athletes per team (three men and three women) will face two laps of the time trial course and 44,8 Km. 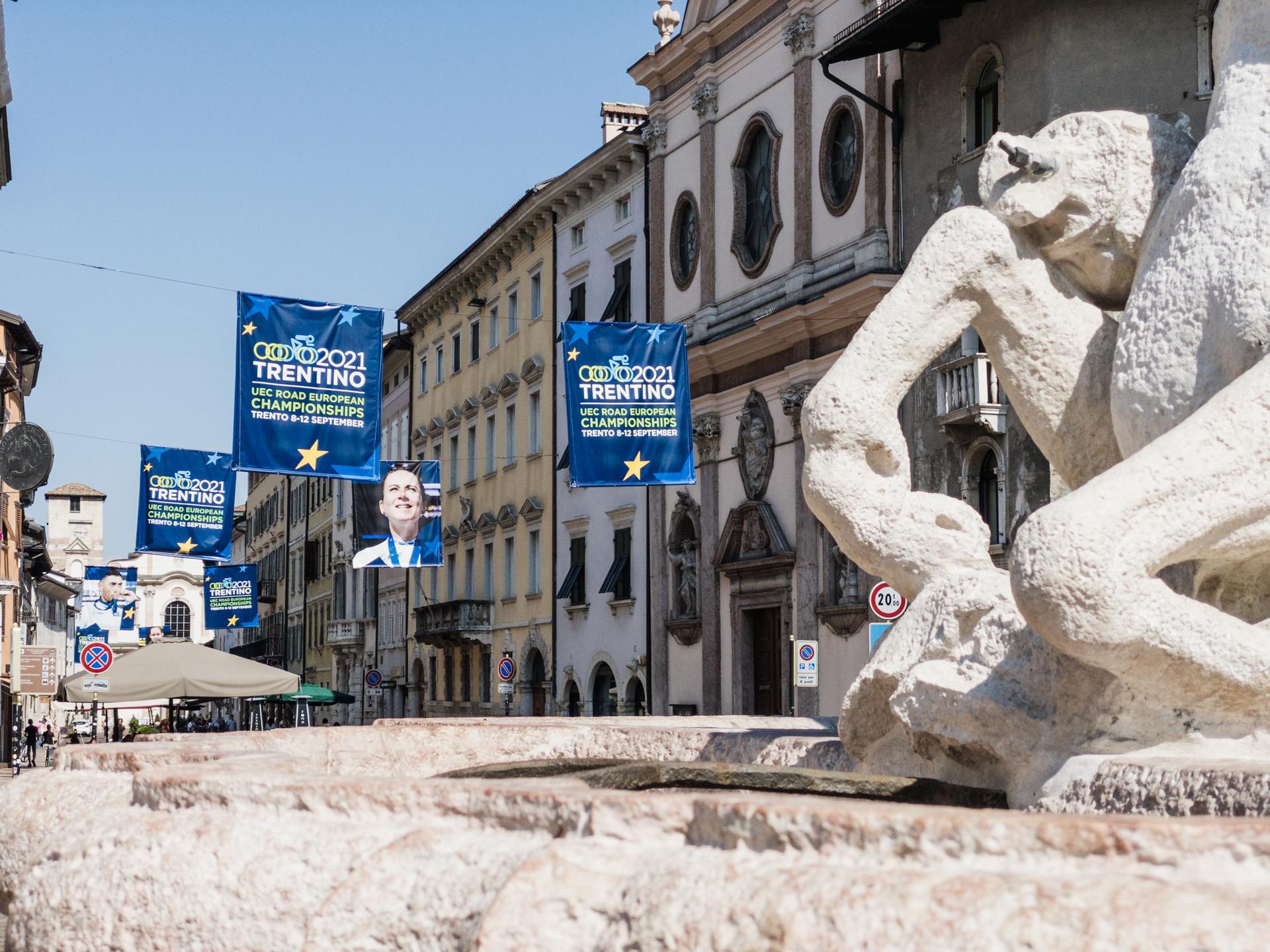 POGACAR LEADS A FIELD OF CHAMPIONS: 13 TITLES UP FOR GRABS

In five days of competitions, the UEC European Championships in Trentino will assign 13 titles: 6 in time trials and 6 in road races, plus the Team Relay. Many of the top names in cycling have confirmed their participation in the main continental cycling event: from two-time Tour de France winner Tadej Pogacar to Belgian rising star Remco Evenepoel and veteran Peter Sagan, in addition to Italians Filippo Ganna and Elisa Longo Borghini, and the Dutch champions of women’s cycling, Annemiek van Vleuten, Anna van der Breggen and Marianne Vos.

As traditional for the European Championships program, on Wednesday, September 8th, the time trials of the Junior categories will open the event at 9.15 and 10.45 CET respectively. In the afternoon, the Team Relay is scheduled at 14.30 CET with the participation of 6 athletes for each selection (3 men and 3 women). Despite its young history, the Team Relay is a prestigious competition: it is not a coincidence that champions like Pogacar and Ganna will lead the Slovenian and Italian selections. 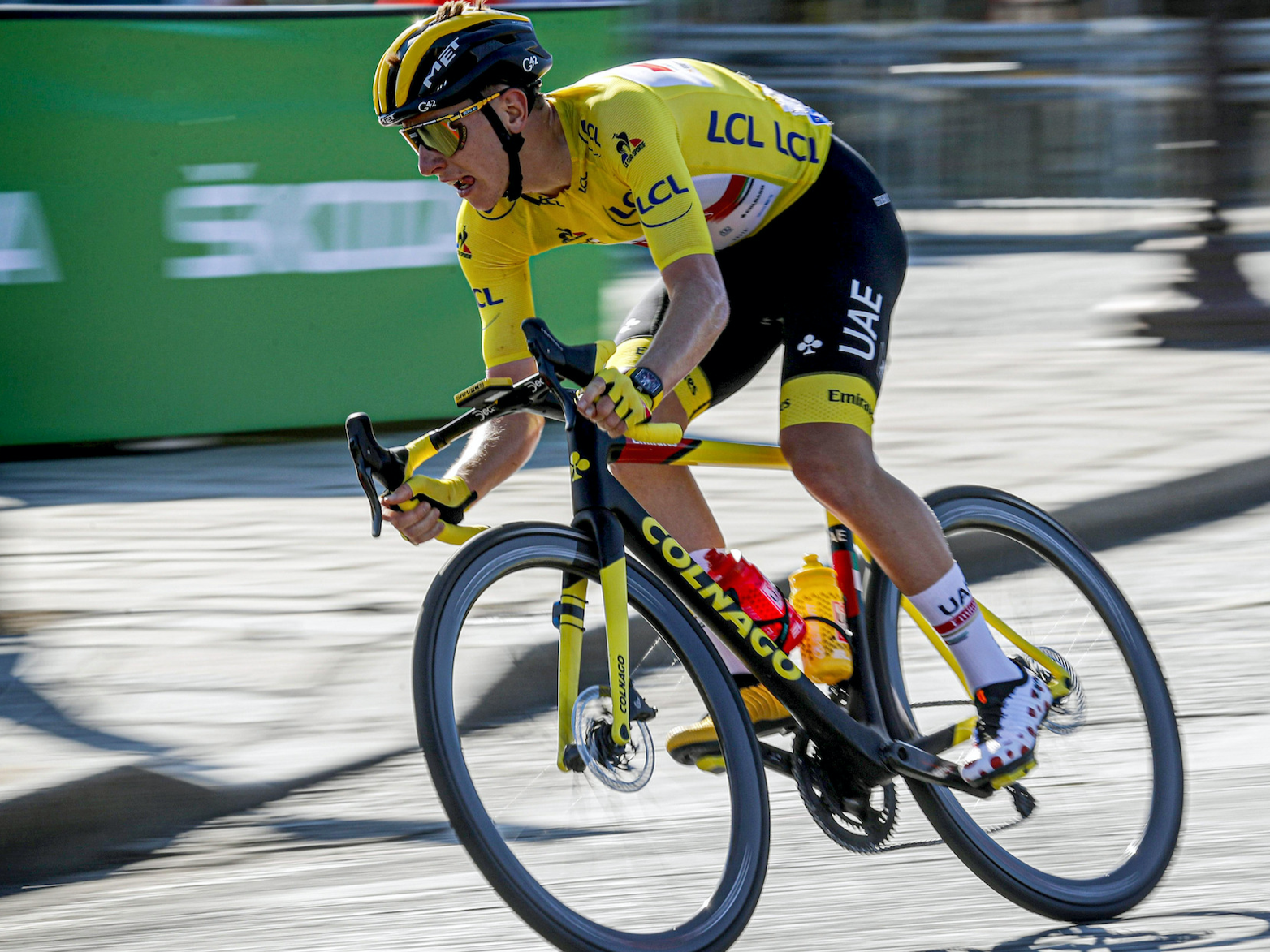 Waiting for the first races, Trento is breathing the atmosphere of the big happening with side events organized by the local organizing committee.

The “Il Cavallo d’Acciaio” exhibition has been inaugurated in Piazza Battisti, whilst from Tuesday, September 7th to Sunday, September 12th, the “Viva la Bici” talk show will hold the stage in Piazza Battisti every day from 18:00 to 20:00, featuring prestigious guests. On Wednesday, the MUSE – Science Museum of Trento will offer a special extended opening until 23.00 CET

On Friday, September 10th, the program of side events continues with the documentary film dedicated to Trentino’s cycling icon Francesco Moser, whilst on Saturday the theme of safety takes the center stage thanks to the collaboration of Michele Scarponi Foundation. The “European Night” will wrap up an intense day on Saturday September 11th, whilst on Sunday 12th the “Trento in Bici” social ride organized by FIAB (Environmental and Bike Italian Association) will involve the whole city of Trento.

All details of the side events are available here.