Nys sprints for Under 23 gold in Trento - Trentino 2021 Cycling

Nys sprints for Under 23 gold in Trento

The Belgian son of art Thibau Nys is the winner of the U23 Men Road Race at the UEC Road European Championships – Trentino 2021. Second place for Italian Baroncini and bronze for the top favorite, Spaniard Juan Ayuso 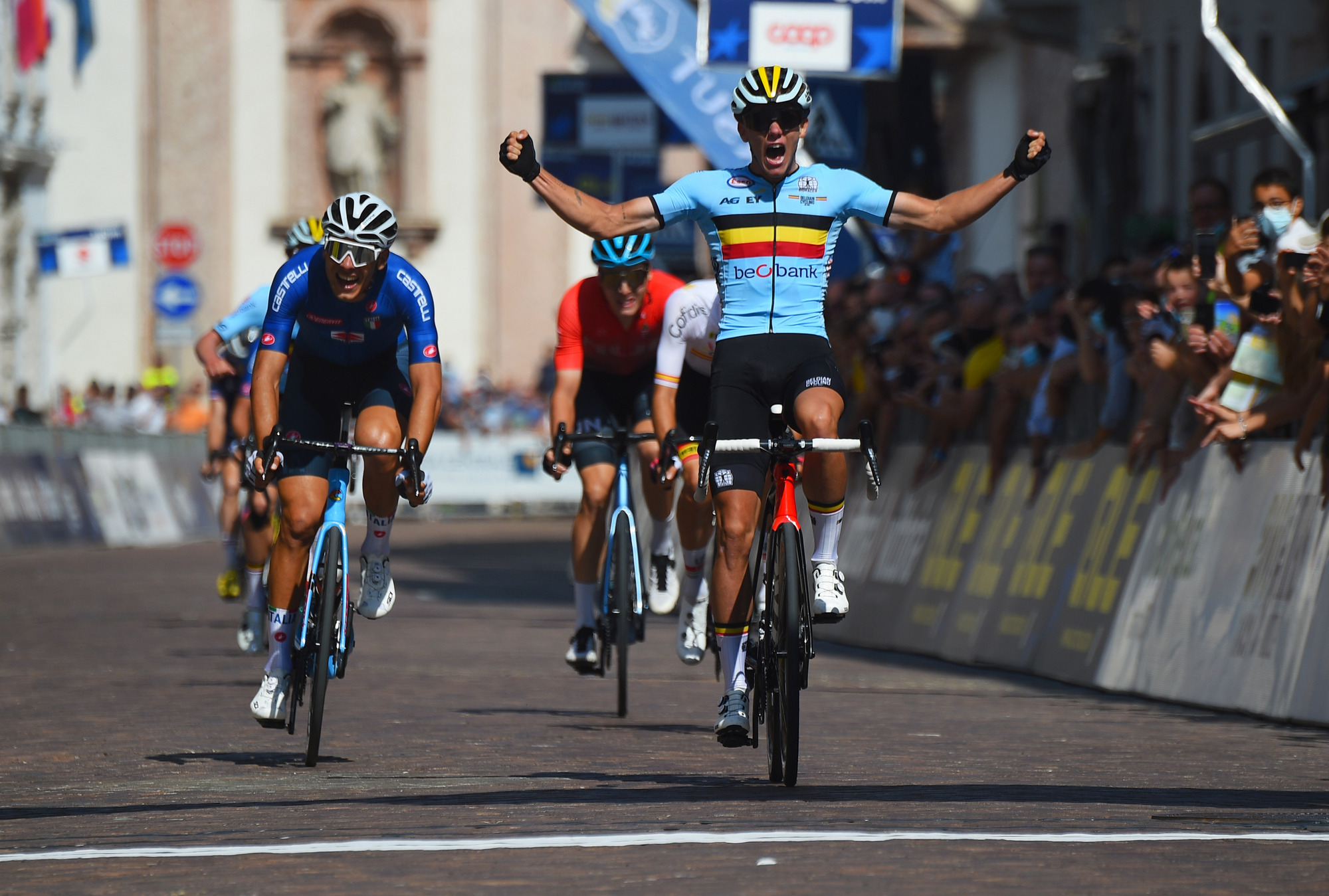 Thibau Nys is the new U23 Men Road European Champion thanks to an outstanding sprint on the finish line in Trento’s Piazza Duomo. The Belgian talent opened the fourth race day at the UEC Road European Championships – Trentino 2021 with a successful dig after the last turn. Son of art of the great Sven Nys, the new European champion outsprinted Italian Filippo Baroncini and who was considered to be today’s top favorite, Spaniard Juan Ayuso.

Former 2019 cyclo-cross European champion in Silvelle, in the final lap Nys took part in the decisive action pulled out by Ayuso in the attempt of bridging the gap to the solo escapee, fellow Belgian Lennert Van Eetvelt, who had left the peloton in the 8th lap. Along with them were Italy’s Baroncini and Zana, Hungarian Fetter and French Louis Barre.

The seven-man group managed to keep a double-digit seconds advantage, and following an extra try from Zana with less than 2 km to go – which didn’t go through –, the grand finale couldn’t be anything but a sprint. Baroncini played his card right after the final turn, but Nys’ acceleration could not be equalled, and earned him a well-deserved gold after 10 laps of the 13,2 km circuit.

The race had started with Spain setting a high pace in order to get fast men tired since the beginning, and the peloton stretched in no time. This plot continued until around halfway through the race, when Pedro Andrade (Portugal) tried the first solo action of the race, then imitated by Gabriele Benedetti (Italy) and Alexandre Balmer (Switzerland). Van Eetvelt’s later attempt was the one that looked to have the greatest chances, but in the end the reaction of the chasers gave him no further chance.