The German athlete was part of the decisive breakaway with 20 km to go, and won the five-rider sprint in the last hundred meters ahead of Eleonora Ciabocco (Italy) and Eglantine Rayer (France) 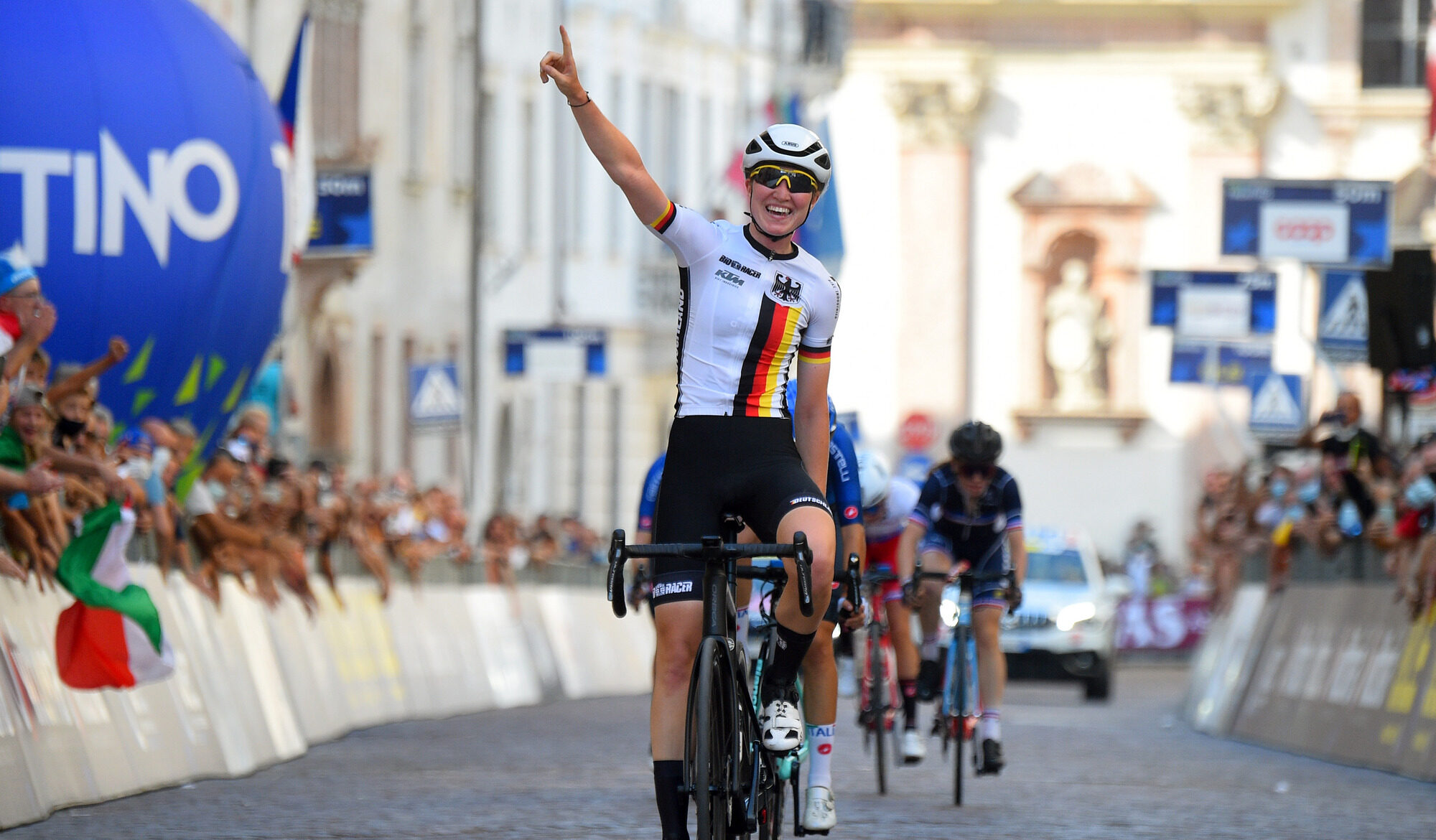 The pace was set high since the beginning, with the Netherlands taking the lead immediately and reducing the group. Italy, Germany and France took over in the lead later in the race, but no break attempts stack until to km to go, when a group with Riedmann, Rayer, Ciabocco, Barale, Ivanchenko and fellow Russian Abaidullina finally opened a gap. Finn Anniina Ahtosalo tried to bridge back on her own, but to no avail.

After Riedmann forced the pace on the final Povo climb, three riders had remained in the lead, but finally only Abaidullina couldn’t make her way back to the lead. The escapees slowed while studying each other in the approach to the finish, but could eventually compete for gold in the final sprint, where Barale’s setup wasn’t enough for Ciabocco to see off Riedmann.

“I knew I could have a chance today, but the race was really tough, with this climb wearing the legs lap after lap. On the final ascent to Povo I tried to accelerate, but the descent wasn’t that technical so I was caught, and it ended up in a sprint. Now I will enjoy this success before focusing on the World Championships“, the German winner told. 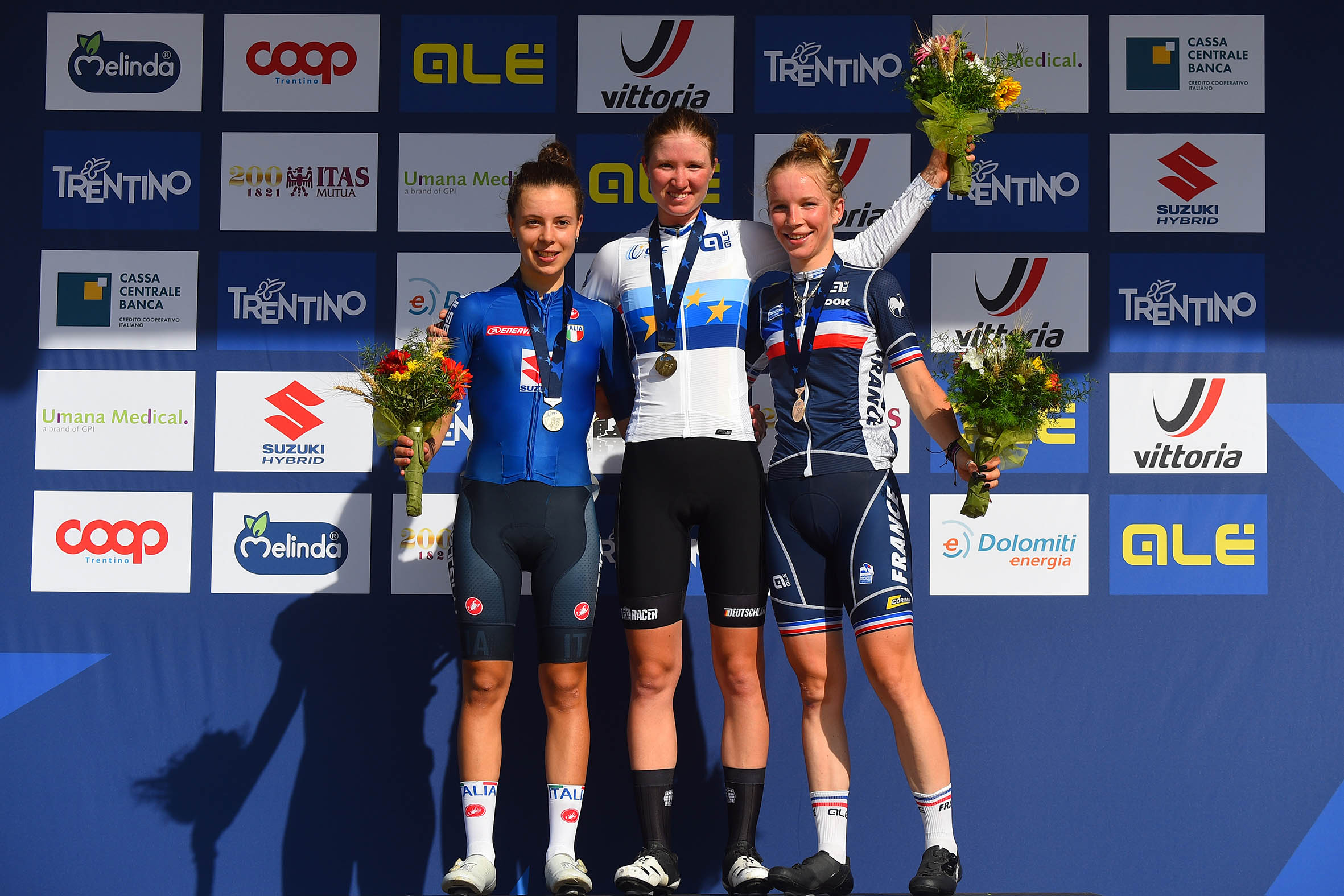