Side events set the tone for Trento’s European Champs

The European Championships are accompanied by a stacked panel of side events, from September 3rd to 12th, including entertainment, movies, museum events, debates and bike tours

The European Road Cycling Championships UEC – Trentino 2021 are now behind the corner, from September 8th to 12th. At the start of a record-breaking European Championships, with over 1000 registered athletes and 39 nations represented, there will be some of the biggest names in cycling, from two-time Tour de France winner Tadej Pogacar, to Primoz Roglic, Remco Evenepoel, Peter Sagan, and Filippo Ganna, while Dutch Annemiek van Vleuten, Anna Van der Breggen, Marianne Vos, and Italy’s Elisa Longo Borghini and Marta Cavalli will be among the standout performers in the Elite Women’s race.

The European week in Trento will offer plenty of chances to talk cycling from different points of view, with a rich calendar of side events that will accompany the European Championships and entertain the city with stories and prestigious guests.

Among these, from Tuesday 7th to Sunday 12th September, in Piazza Cesare Battisti, the talk show “Viva la bici: dialoghi su due ruote“ (Long live the bike: talks about two wheels), anchored by journalist and writer Marco Pastonesi, together with actor and musician Massimo Lazzeri, will propose new ideas and discussions every day from 6pm to 8pm.

Each evening there will be a focus on sports, people and territory, for a fascinating journey through the many facets of the cycling world.

ON FRIDAY 10TH, SAFETY TALKS WITH THE SCARPONI FOUNDATION

Among the other side events, on Friday, September 10th the important topic of road safety for cyclists will be discussed with the debate “The road belongs to everyone, starting with the most fragile“.

The event promoted by the Michele Scarponi Foundation will be held at Palazzo Geremia, in Trento, starting at 9 pm: the debate will be attended by authorities and two-wheel champions, who will bring their contributions on a very sensitive issue on the agenda, that of road safety for bikes.

The Scarponi Foundation was set up precisely to raise awareness about this issue, following the accident in April 2017 in which the Italian athlete passed away. Just two days earlier, in Trento’s Piazza Duomo, Michele had finished the last race of his career, the Tour of the Alps, where he achieved an unforgettable success on the finish line in Innsbruck. 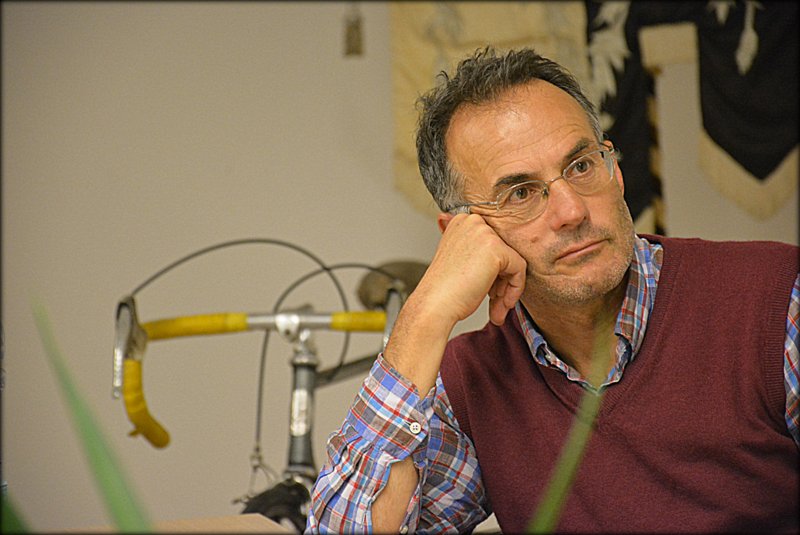