Good morning from the UEC Road European Cycling Championships. Finally, the long wait is over, and after the long months of preparation, Trento and its territory are ready to live five days of races with great technical and spectacular content.

As traditional, the continental event (8-12 September) gets off in the morning of Wednesday, September 8th with the time trials for the Junior categories: Women start at 9.15 AM CET, followed by Men at 10.45 AM CET.
In the early afternoon, at 2.30 PM CET, it will be the turn of the Team Relay, with 8 competing teams with six riders each (three men and three women).

THE COURSE – THE HIGH-SPEED CHALLENGE STARTS FROM THE MUSE

The time trials’ route at the Trentino 2021 European Championships is perfectly suited to specialists in the discipline, capable of pushing long gears and developing high speeds.

Starting from the MUSE-Museo delle Scienze in Trento, and finishing in the near Piazza delle Donne Lavoratrici, the pan-flat 22.4km loop crosses the towns of Romagnano, Matterello and Aldeno, an area rich of high-quality vineyards.

In the afternoon’s Team Relay, the riders will be engaged over two laps of the TT course, for a total distance of 44.8 km. 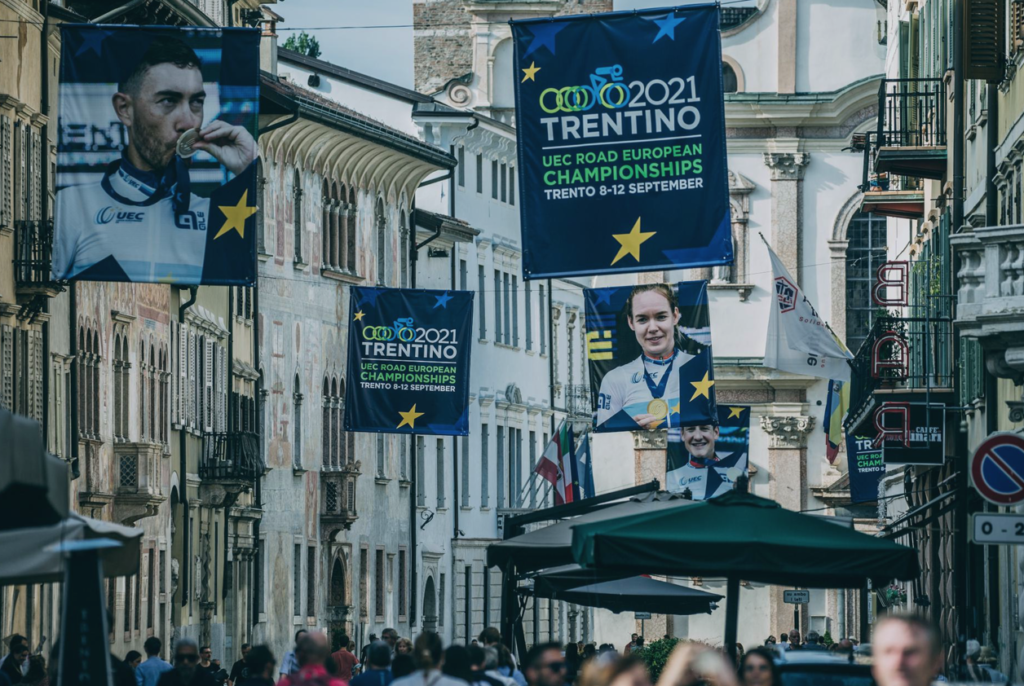 A LAND TO DISCOVER – BETWEEN SCIENCE AND WINE

The starting point for all the time trials is the MUSE, the Science Museum of Trento, designed by Renzo Piano like the whole Le Albere district that surrounds it. The Museum offers a journey of discovery through science and nature over five floors and an impressive variety of experiences.

Opened in 2013, in just a few years MUSE has become one of the most visited museums in the Country (and the most popular among science museums) with over 500,000 visitors every year from all over the world.
The time trial route runs through an area renowned for the production of wines such as Traminer and Trento Doc from Aldeno. The area around Trento is also famous for the cultivation and production of Marzemino, a grape variety that has found its ideal habitat in the basaltic soils of the lower Trentino region. Marzemino harmonizes a gentle perfume and a round taste tending towards bitterness.

There’s growing expectations for the Junior races, since the trend for precocious talents in World cycling has become evident in recent years.

In the Junior men’s TT race, Cian Uijtdebroecks seems to have the odds stacked against him. Following in the footsteps of Remco Evenepoel, the new golden boy of Belgian cycling will try to make his mark against some of the brightest talents in world cycling. Among his rivals, Norwegian Per Strand Hargenes might be one of the names to watch.

Having become a part of the European Championships’ programme just in 2019, the Team Relay will be a big goal for several strong teams, including Italy, that will be playing up some of its best cards.

Netherlands (2019) and Germany (2020) have won the first two editions, but this time in Trento it could be time for the home Azzurri to celebrate: the line-up of made by Time Trial World Champion Filippo Ganna, Time Trial Italian Champion Matteo Sobrero, Alessandro De Marchi, Elisa Longo Borghini, Marta Cavalli and Elena Cecchini look poised for something big. 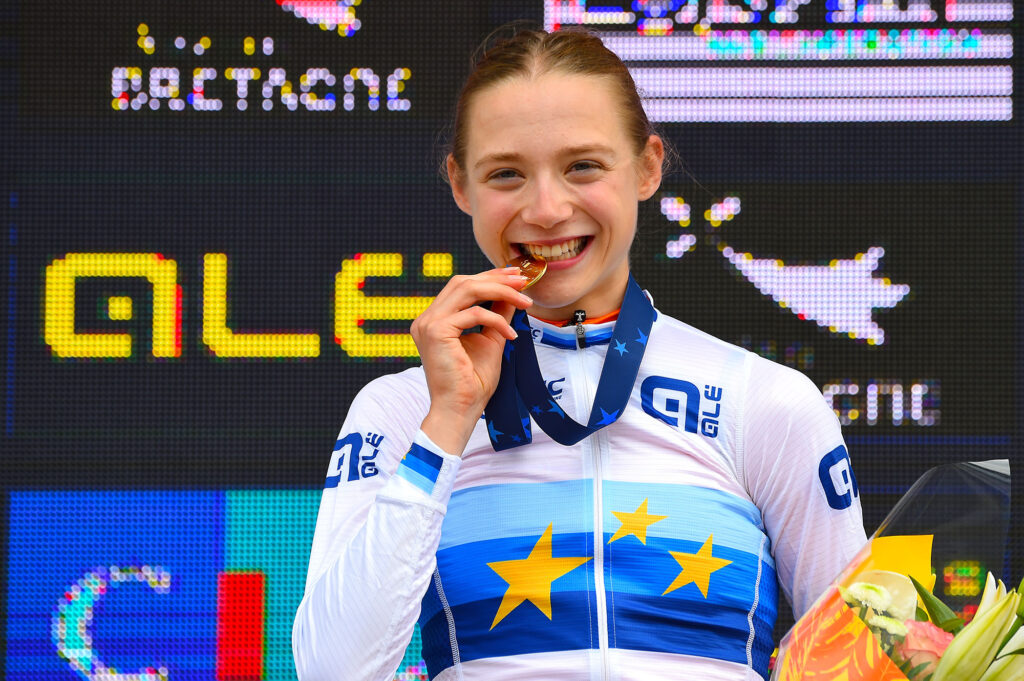 Good news for the riders, as sun is expected on the course on Wednesday August 8th. A temperature of 20 degrees is forecast for the morning, rising to 24-25 degrees in the early afternoon.

THE EUROPEAN CHAMPIONSHIP ON TV

THE SCHEDULE OF THE DAY

Meetings and stories about the bicycle, together with many guests from the world of cycling and beyond. Anchored by journalist and writer Marco Pastonesi with actor and musician Massimo Lazzeri.

– FROM THE ALPS TO THE PICOS DE EUROPA, CYCLING IN SEARCH OF THE BEAR

The story of the journey by cycle-travellers Yanez Borella and Giacomo Meneghello over 3,000 kilometres between Italy, France, Andorra and Spain in search of three populations of brown bears.