Change of scenery at the UEC Road European Championships in Trentino, with Juniors and U23 Women taking in the road races on Friday, September 10th

Good morning from the UEC Road European Championships. The two days of time trials are now over, and it’s time to switch to the road races for a long and exciting weekend in the Trento, Monte Bondone and Valle dei Laghi area.

THE ROUTE – THE POVO CLIMB THREATENS THE FAST MEN’S AMBITIONS

All the road races, except for the Elite Men’s race which includes a starting in-line loop, will be decided entirely in the city circuit of Trento, 13.2 km and 250 meters of elevation gain, characterized by the Povo climb, starting and finishing in Piazza Duomo.

The first 2 km are flat. The climb towards the Povo roundabout begins from Via San Marco, (3.6 km at 4.7%), and will wear down the legs of the riders as laps pass by. The following descent takes the riders to Piazza Vicenza, where the last 4, flat, kilometers begin, leading through the streets of the city center to the finish line in Piazza Duomo. 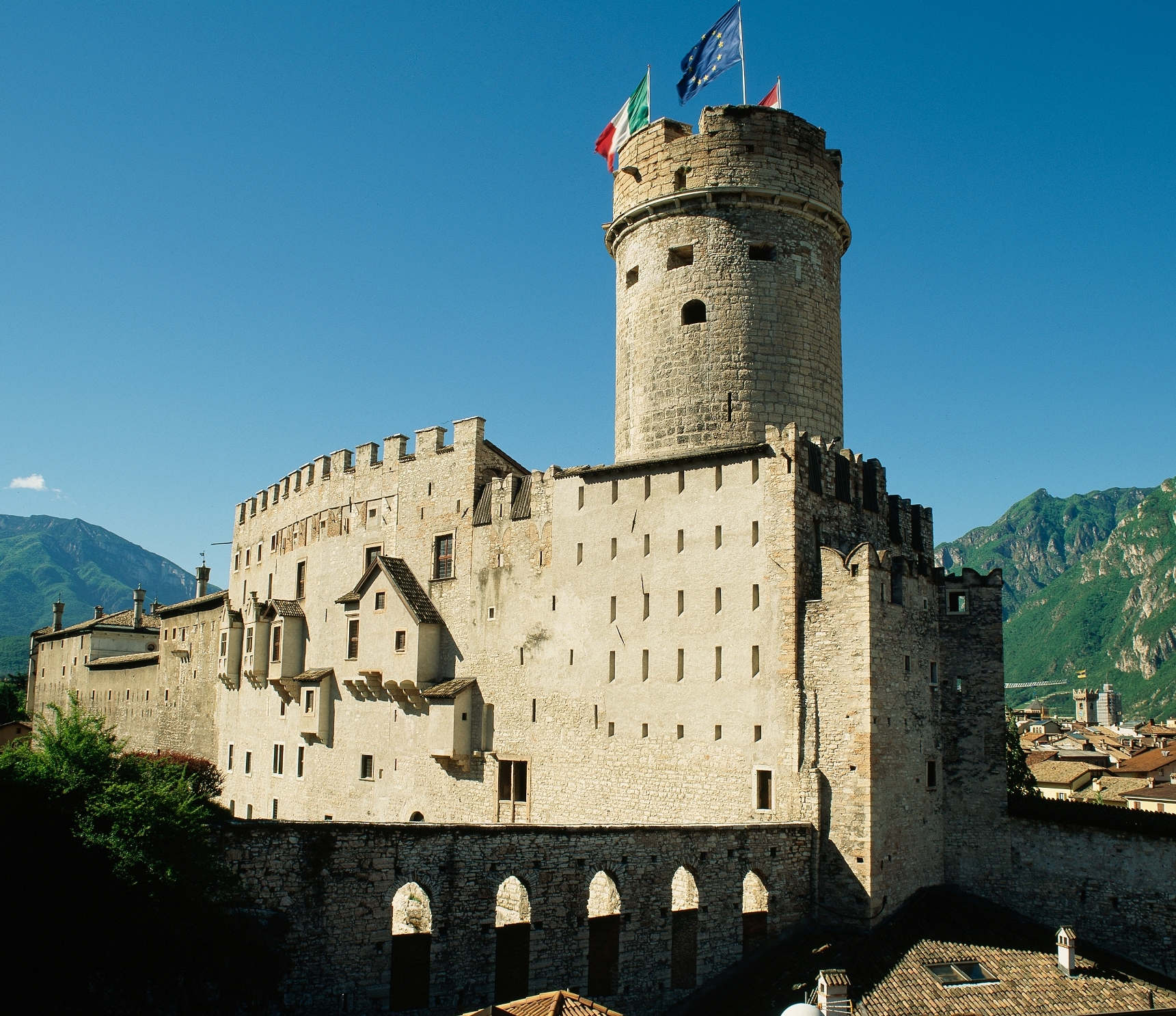 THE CIRCUIT – BETWEEN PIAZZA DUOMO AND “THE SCIENCE HILL”.

All the road races start and finish in Piazza Duomo, the beating heart of Trento. Around this square, Trento has built its millennial history made of Central European tradition and Italian style. The cathedral of San Vigilio, dedicated to the Patron Saint, and the Palazzo Pretorio, now home to the Tridentine Diocesan Museum, overlook the suggestive square. In the center of the square is the fascinating Fountain of Neptune, dating back to the eighteenth century, that attracts the attention of visitors.

The Trento circuit crosses fascinating areas of the city, passing close to Buonconsiglio Castle, the largest and most important monumental complex in Trentino-Alto Adige, and the Povo Research Centre, the “science hill”, home to scientific excellence such as the Bruno Kessler Foundation. 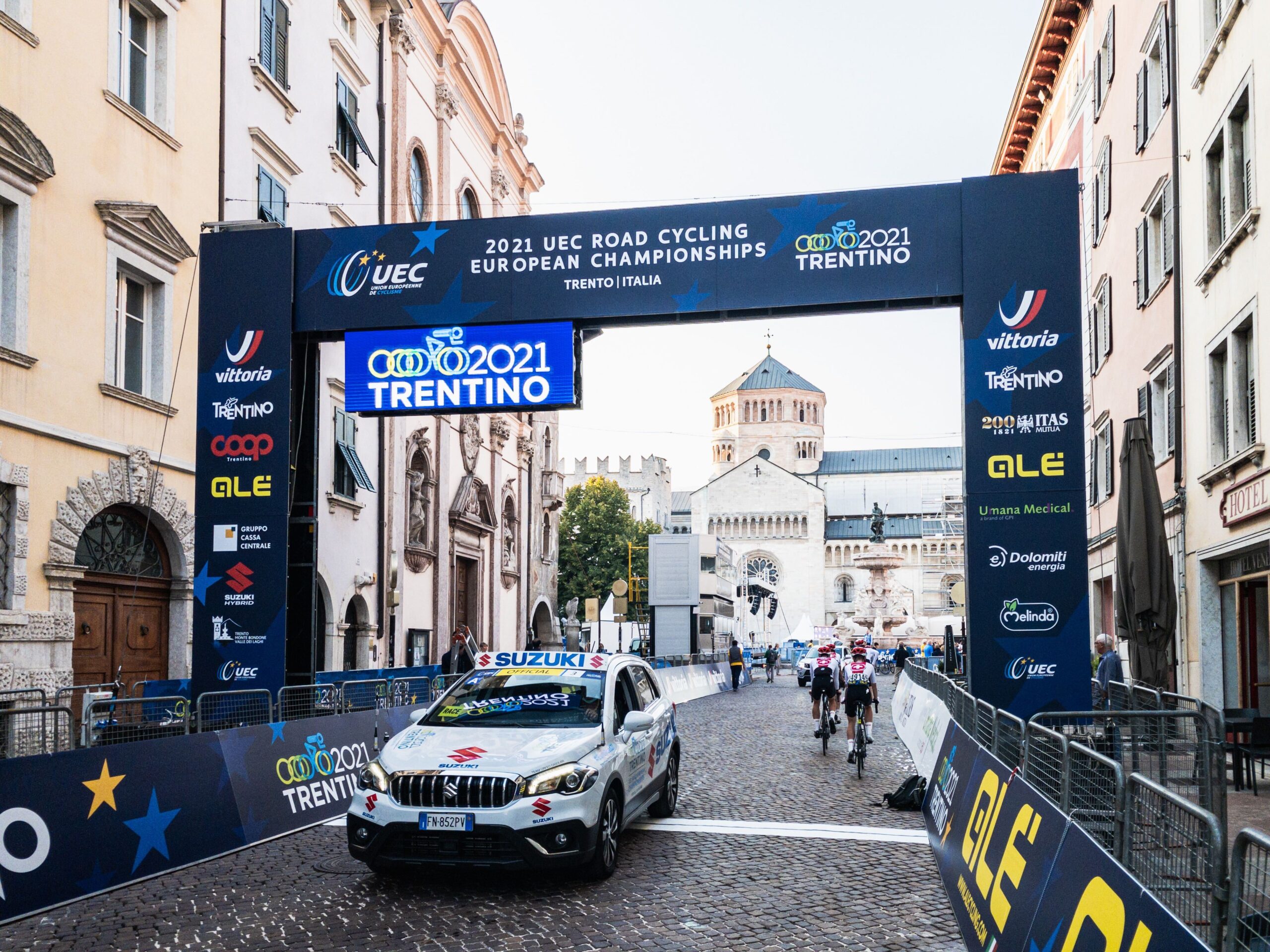 THE TOP RIDERS – GUAZZINI, UIJTDEBROECKS AND THE SONS OF ART

Belgium vs. France, the Men’s Junior road race will start at 9.00 am CET with two national teams as main references. Time trial gold medalist Alec Segaert and fellow Belgian Cian Uijtdebroecks will be motivated to repeat themselves after the time trial’s one-two.

Coming off a solid display at the Giro di Lunigiana, France will be led by Brieuc Rolland and by the son of art Lenny Martinez (his father is the Miguel Martinez, MTB Olympic Champion at Sydney 2000).
Switzerland’s Nils Aebersold is the son of Niki, a professional cyclist from the late 90s. The Swiss also competes in Mountain Bike, and claimed a bronze medal at the World Championships in Val di Sole just a few days ago. Another athlete to watch will be Norway’s Per Strand Hargenes, winner of a stage at the Corsa della Pace.

Closing the day is the Women Under 23 race. After winning the title in 2020 with Elisa Balsamo, Italy will try again with Under 23 time trial European champion Vittoria Guazzini along with Camilla Alessio, Giorgia Bariani, Barbara Malcotti, Gaia Realini and Silvia Zanardi. Led by Shirin Van Anrooij, the Netherlands will be carefully watched, as will be the Austrian selection that includes Tyrolean Mona Mitterwallner and Laura Stigger, respectively U23 Cross Country World Champion and runner-up in Val di Sole. In particular, Laura Stigger can also boast experience on the road, having graduated as Juniors World Champion in 2018 in Innsbruck.

The European Championships are bringing enthusiasm and attendance to Trentino, not only in the city of Trento, but also in the neighboring territories, particulary in Valle dei Laghi, Valsugana, Garda Trentino and Alpe Cimbra.

After a good summer season in terms of tourism presence, the period from September 3rd to 14threcords an increase in hotel occupancy of about 15% compared to last year, and even 20% in the city of Trento, a significant part of it being a result of the European Champs.

In the week of the UEC Road European Championships – Trentino 2021, there are over 20,000 estimated tourist presences in the city of Trento, half of which managed through the booking service set up on purpose by the Trento, Monte Bondone, Valle dei Laghi Tourist Board.

The Organizing Committee has supported the National Federations, providing accommodations in hotels equipped with all the technical requirements and services needed by a team, plus all the required characteristics to comply with the strict health protocol drawn up by the OC’s medical staff.

A number of sportsmen, enthusiasts and fans have reached and are reaching Trentino as well, to follow the sporting feats of their champions while taking a chance to spend a few days of vacation among different beauties: naturalistic, artistic and cultural.

Good news from the weather side on Friday 10 September. Sun forecasts, no wind in the morning and moderate in the afternoon. A temperature of 21 degrees is expected in the morning. Temperatures will rise in the early afternoon to 26-27 degrees.

Every day from September 7th to 12th, from 6 to 8 p.m., in Piazza Cesare Battisti in Trento. Meetings and stories about the bicycle together with many guests from the world of cycling and beyond. Conducted by journalist and writer Marco Pastonesi with actor and musician Massimo Lazzeri. Guests included Franco Ianeselli, Mayor of Trento, Ezio Facchin, Trento’s Councillor for Mobility, Beppe Conti, journalist and writer, Marco Scarponi, President of the Scarponi Foundation, Michil Costa, organiser of the Maratona Dles Dolomites, finishing with Alessandra Schepisi and Paolo Romio, both journalists.

THE ROAD BELONGS TO EVERYONE, STARTING WITH THE MOST VULNERABLE

The event, organized by the Scarponi Foundation, will be held this evening, Friday, September 10th, from 21:00 at Palazzo Geremia, Trento.
An evening in memory of Michele Scarponi that will propose a dialogue between champions and administrators on the theme of safety for cyclists.