At 12.30 CET, the Elite Men start their pursuit to the Road European Champion’s title in Trentino: an exciting day involving Trento, the Monte Bondone and the Valle dei Laghi (Lakes Valley)

Good morning from the UEC Road European Championships – Trentino 2021, now in its final and most expected day of them all. Today, Sunday, September 12th, at 12.30 CET, the challenge among the greatest names in European – and World – cycling gets underway. 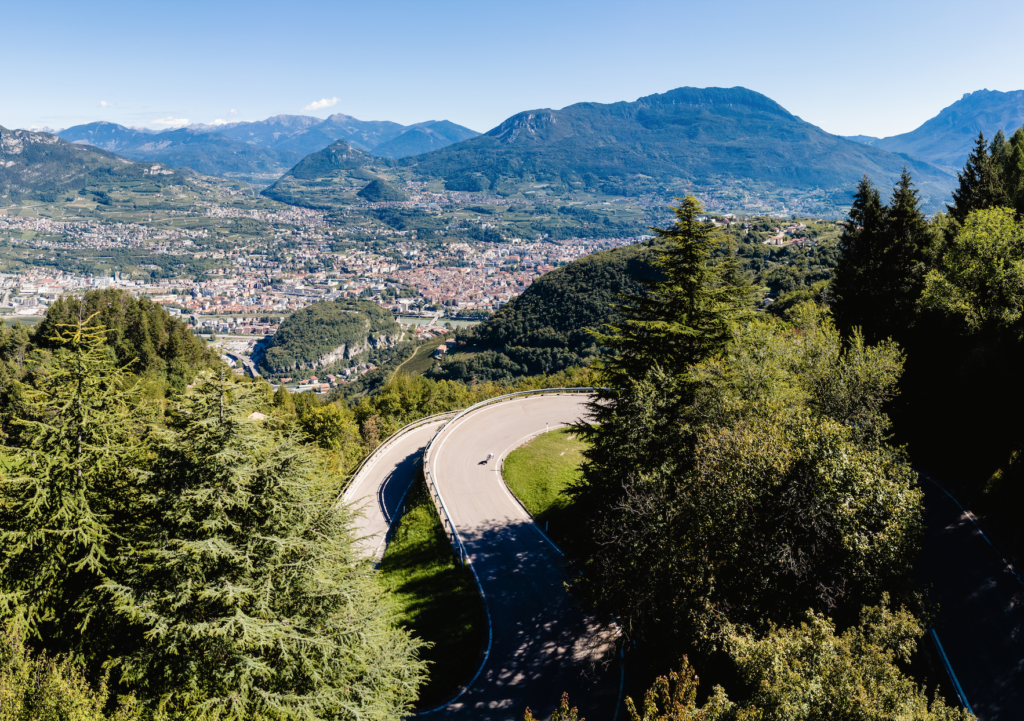 THE ROUTE – HIS MAJESTY THE MONTE BONDONE BEFORE THE POVO SPRINGBOARD

Of the 179.2 km scheduled for the Men’s Elite race, the first 73 km are in line. After moving from Piazza Duomo in Trento, and the official start in Corso del Lavoro e della Scienza, in front of the MUSE – Science Museum, the route winds its way through the Valle dei Laghi and the Monte Bondone, to be climbed up to the village of Candriai.

The descent will bring the race back to Trento to face the final 13.2 km circuit, to be repeated 8 times , featuring the Povo climb (3.6 km at 4.7%). The last 4 km are flat and wind through the city centre, while the finish line, like the start, is in the beautiful Piazza Duomo.

DISCOVERING THE ROUTE – THE PEARLS OF TRENTINO’S LAKE VALLEY

Around 9 km from the race, the athletes will be introduced in the charming Valle di Laghi (Lakes Valley), where water begins to dominate the view, along with the vineyards. The ancient Castle of the Counts of Terlago (1500) and the medieval Tower of Braidone are the symbols of Terlago, a village at the foot of the Paganella plateau and Monte Gazza. Near the village is the Lake Terlago, the most prolific water ecosystem in Trentino. The municipality also includes the hamlet of Monte Terlago, near the small, charming Lago di Lamar, a bathing lake with cold, crystal-clear water surrounded by a beech forest.

The S. Massenza Lake, has undergone numerous physical, environmental and biological transformations over time. This lake is connected to Lake Toblino by a canal over which the Gardesana state road passes, and receives water from the Sarca river and Lake Molveno to run the hydroelectric Santa Massenza power station. Fish enthusiasts will be spoilt for choice: eels, barbel, carp, chub, whitefish, perch, sockeye, rudd, rudd, zander, tench, trout, rainbow trout, brown trout and vaironi. The mild basin of Santa Massenza is the capital of grappa and an area of olive trees and vines, broccoli and black truffles.

MONTE BONDONE, THE ALP OF TRENTO

A natural terrace offering incomparable views of the mountain chains and peaks of the entire Trentino region, from the Brenta Dolomites to Adamello: Monte Bondone is one of the most spectacular panoramic terraces in the Alps. An unspoiled natural environment, thanks also to the Integral Nature Reserve and the Alpine Botanical Garden, where over 2,000 species of plants and flowers from the five continents grow.

On your own or with a guide, Bondone is a succession of evocative views, age-old traditions, genuine flavors, and lots of nature. From the green basin of Viote, you can climb the peaks that frame it for unforgettable excursions. In winter, these excursions are done on skis, both downhill and cross-country. One of the many possibilities offered by the ski area: 20 km of wide, snow-covered slopes, a modern ski-lift network, a cross-country center, night-time activities, and a fun snow park. 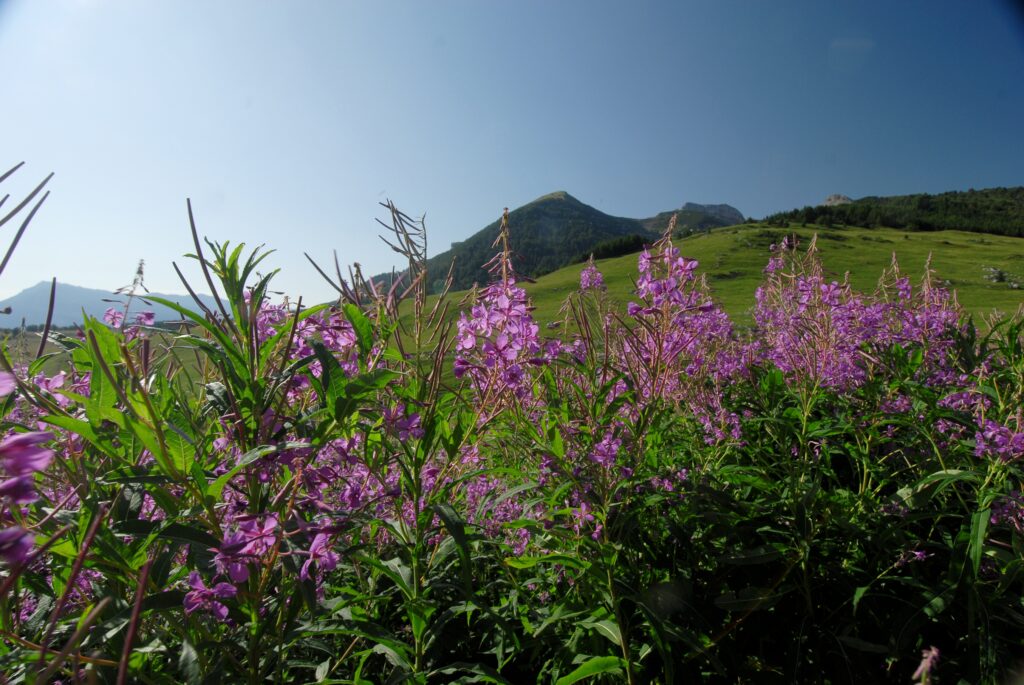 Peter Sagan (Slovakia), Sam Bennett (Ireland) and Alexander Kristoff (Norway) are the biggest threats in the event of a sprint finish. The impact of the men from the northern classics should not be underestimated: experienced Philippe Gilbert (Belgium) and Zdenek Stybar (Czech Republic), as well as fellow Slovenian Matej Mohoric.

THE EUROPEAN CHAMPIONSHIPS ON TV

Sun is expected to characterize even the final day of the European Championships – Trentino 2021 – just as it did in the previous four: the chances of clouds and even a few raindrops in the afternoon seem to have vanished. Soft wind and constant temperatures of 27 degrees are expected in the city of Trento, while at the top of the Monte Bondone – Candriai climb a temperature of 23 degrees is expected.

Every day from 7 to 12 September, from 18.00 to 20.00, in Piazza Cesare Battisti in Trento. Meetings and stories about the bicycle together with many guests from the world of cycling and beyond. Conducted by journalist and writer Marco Pastonesi with actor and musician Massimo Lazzeri. Among tonight’s guests, the Councillor for Sport and Tourism of the Autonomous Province of Trento Roberto Failoni, the great Trentino champion Maurizio Fondriest, the Organising Director of the Road European Championships – Trentino 2021 Maurizio Evangelista, the journalist Lorenzo Fabiano, the board member of Fiab Trento Jacopo Nespolo and Mario Cionfoli, doctor and writer with a passion for cycling.

From 11 to 12 September, from 1 p.m. to 5 p.m. in Piazza Duomo, humorous drawing sessions dedicated to cycling and sustainable mobility will be held by Studio d’Arte Andromeda.

Sunday 12 September, at 9.00 a.m. in Piazza Duomo, Trento, there is be a free pedal ride open to all with registration to promote the use of bicycles as a sustainable means of transport. The event is be organized by the Italian Environment and Bicycle Association (FIAB). 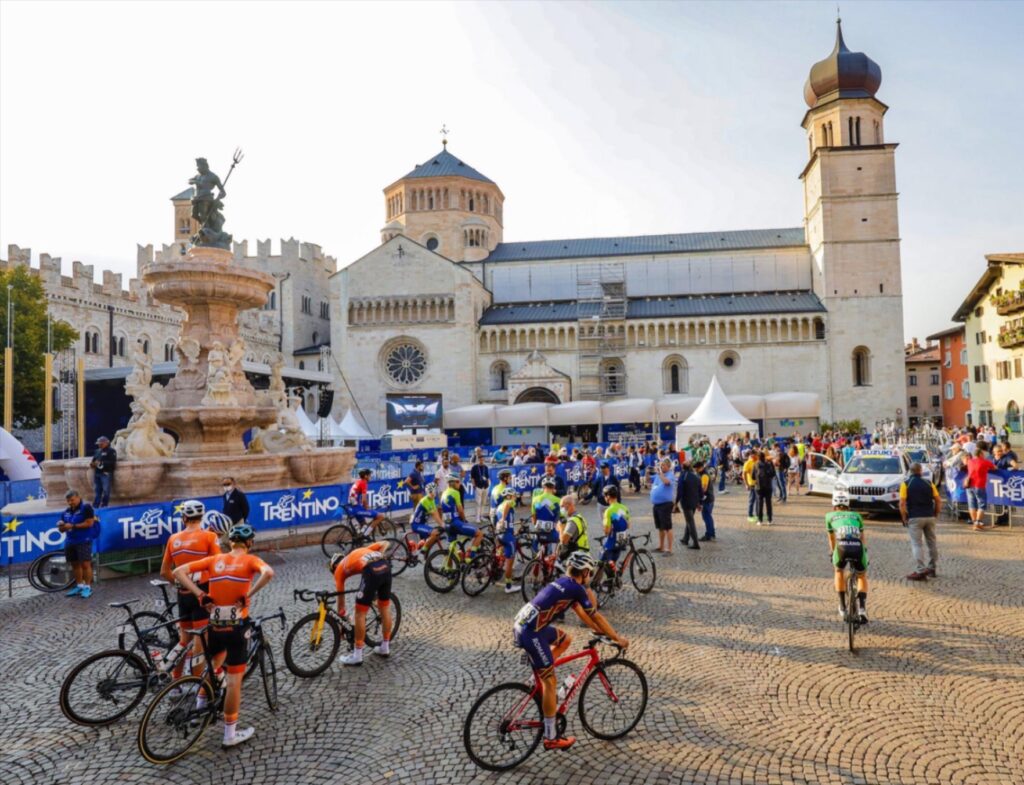