The Suisse specialist gets another gold in the European Road Championships, the second in a row. Top class podium with Italian Filippo Ganna and Belgian Remco Evenepoel

Stefan Küng confirmed himself as ITT continental champion. At the UEC Road European Championships – Trentino 2021, the Suisse rider clocked on 24:29.85, beating top level opponents such as ITT World Champion Filippo Ganna (silver medal with 24:37.55) and former many times European gold medal Remco Evenepoel (bronze, 24:44.41). After a first part of the race with Ganna leader, Küng stepped up in the second half and gained around 10” on the Italian specialist, thanks to an average speed of 54.86 km/h. Together with Marlen Reusser, Switzerland got both élite titles in the time trials. 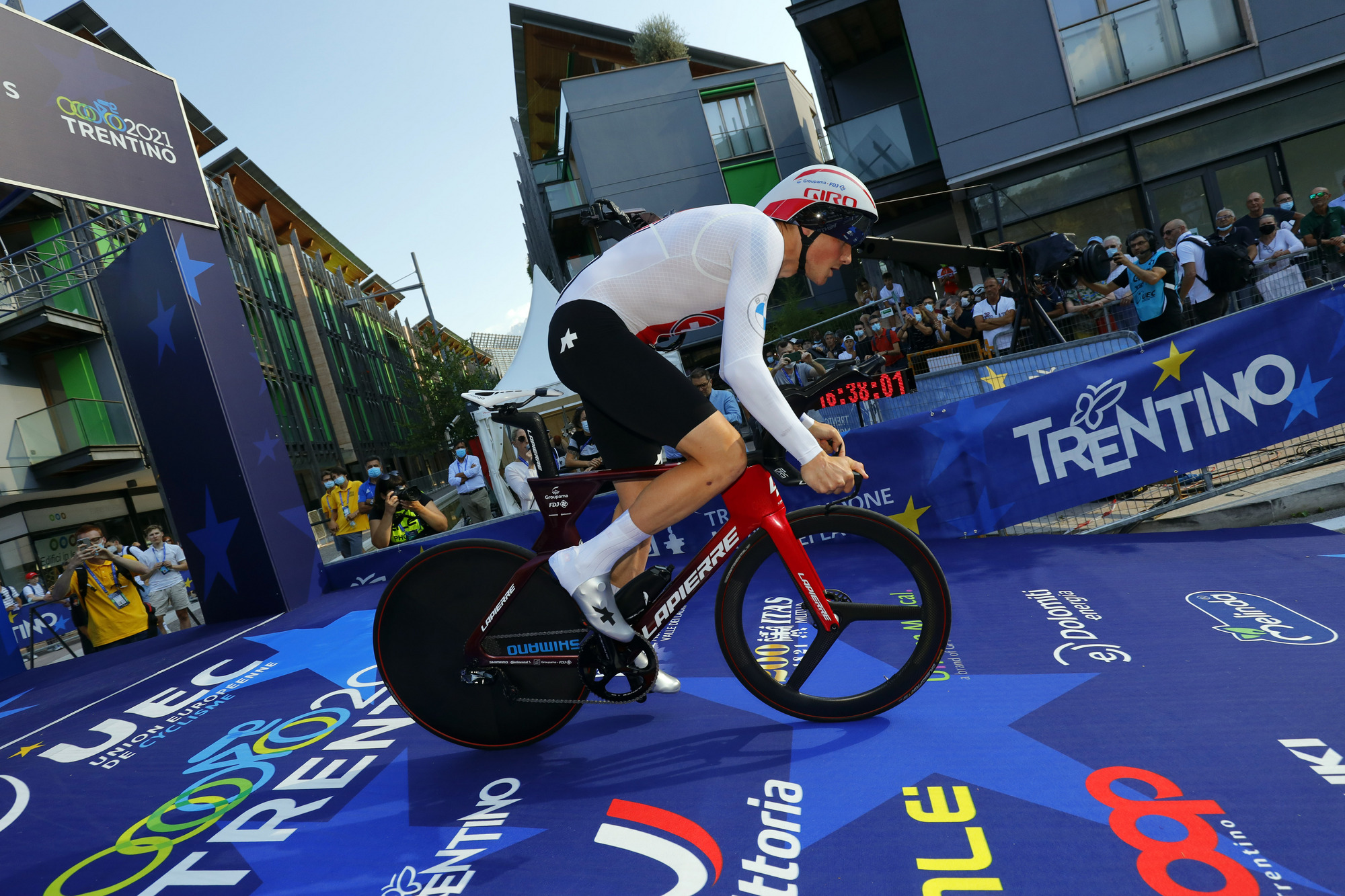 Küng: “Winning is always hard and today almost all TT specialist were here. It’s nice I was able to keep the European jersey. I felt very confident, even though my latest performance in the Benelux Tour wasn’t that good. At the Olympic Games in Tokyo I went very close to a medal and I knew I had to give my very best to get this medal.

Throughout the year I grazed victories many times and finally I got it in such an important event. I’m sure this will give me some mental advantage towards the World Championships.

Yesterday Marlen (Reusser, fellow countrywoman and winner of the Elite Women ITT, ed) told me we were both going to win and that’s what happened! I have to thank the Suisse Federation for have everything perfect and in place when it comes to these moments”.

Ganna: “A silver medal is a nice result, in TT races the gaps are really short and I lost by a few seconds. Sure thing is that I don’t regret taking part in the Team Relay, I’m proud we won that medal (with Italy, ed.). I don’t know if it affected my Individual performance today, but I would do it again. I even had some hard trainings towards the WC and I can’t think about a second place as a bad result: in the end I’m still wearing the World Champion jersey“

Evenepoel: “I’m happy for the bronze medal because I think that was the maximum I could achieve today, given the names at the starting grid. It’s quite special to find back my best legs or something close to that. After the crazy crash of last year it’s a relief, it feels good, I’m proud of being here and compete at this level again. Recently I didn’t feel 100% but I’m better now and looking forward to the Road Race on Sunday“. 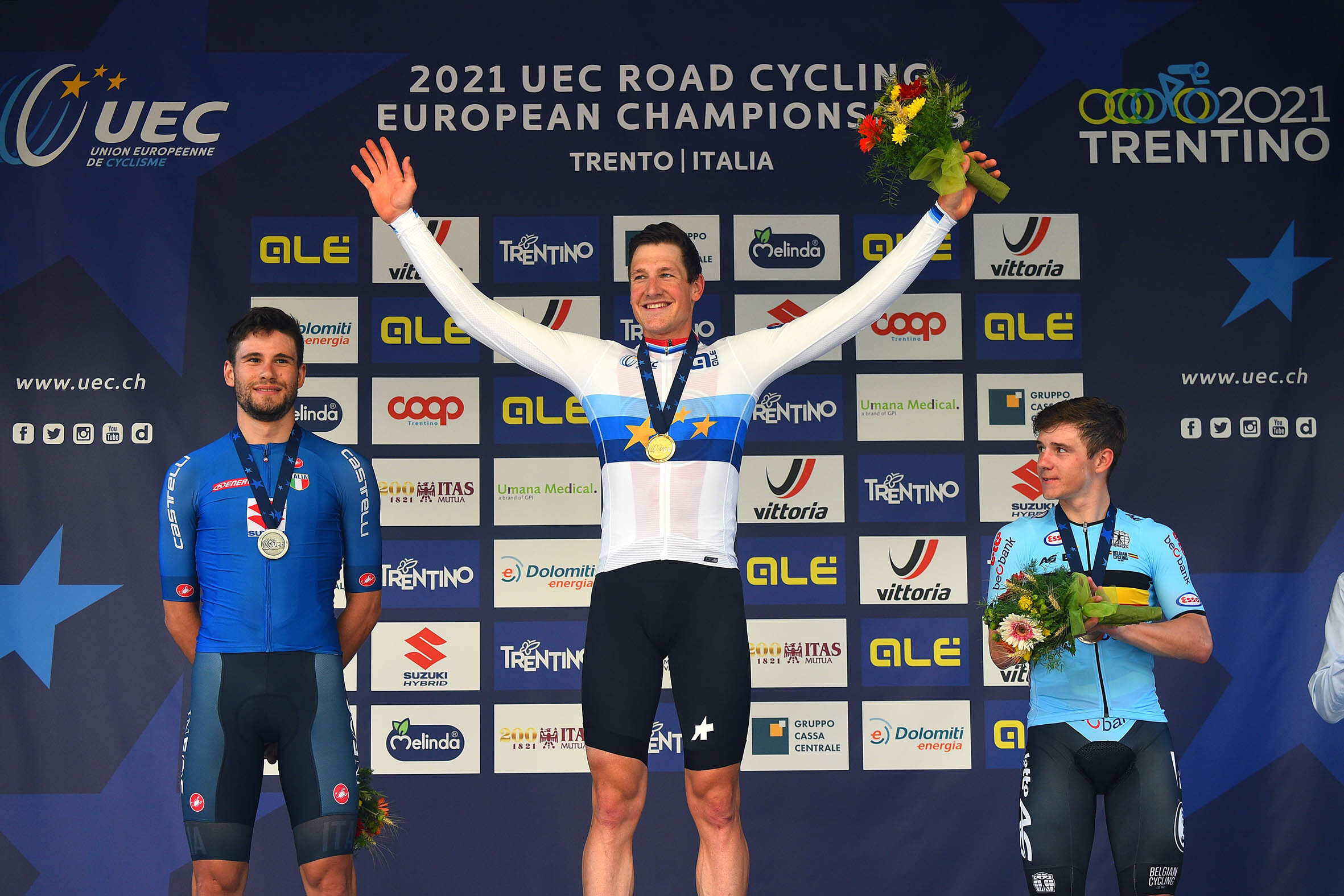