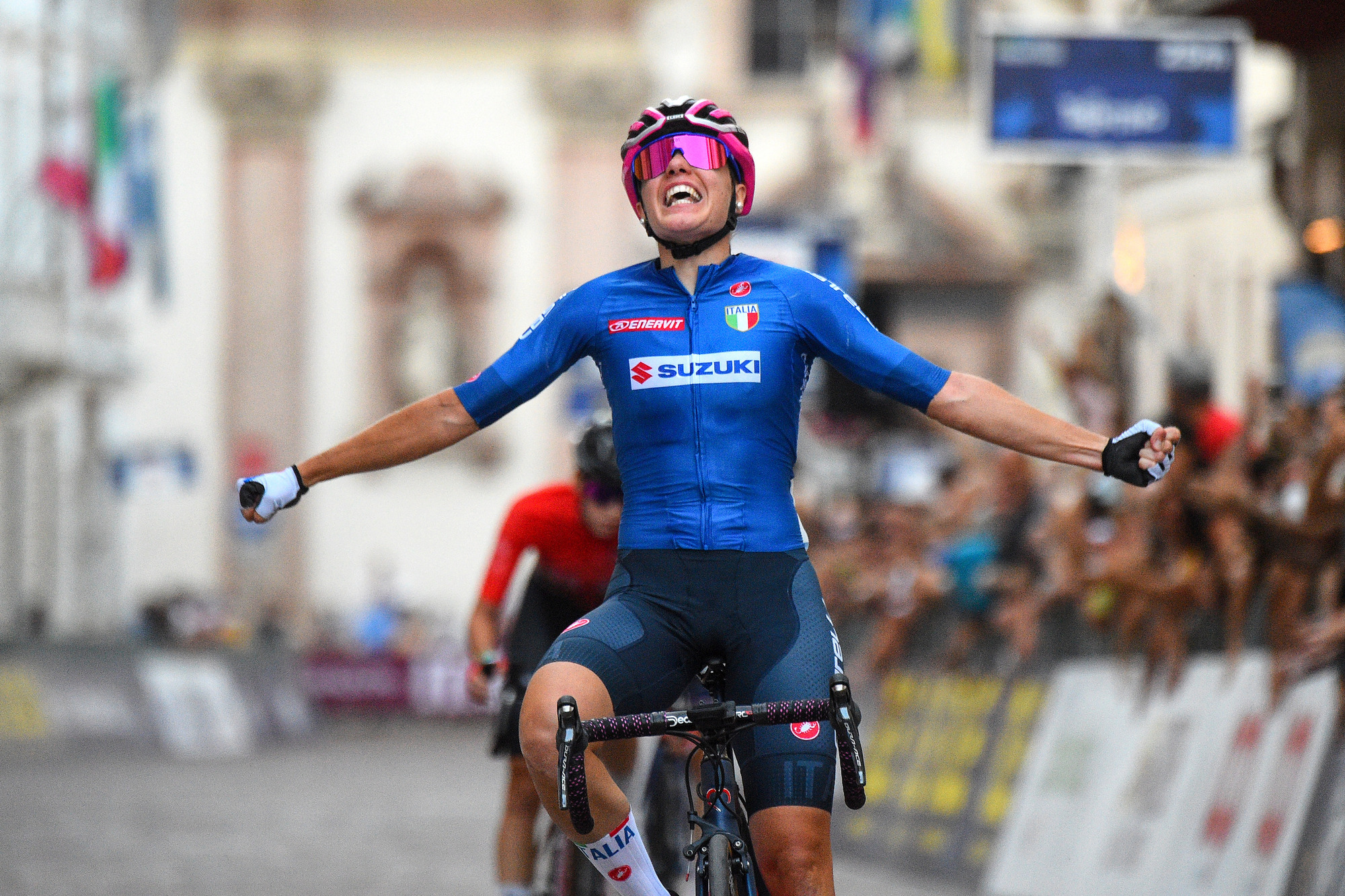 Italy gets another gold at the UEC Road European Championships – Trentino 2021. Silvia Zanardi escaped with a bunch of other riders, including Kata Blanka Vas (Hungary) and Evita Muzic, in the final of the 6 laps of the race, for a total amount of 79.2 km. Zanardi, many times European and World Champion in cycling track, got the gold in the Under 23 Women Road Race.

Abgrall (FRA) and Bauernfeind (GER) immediately tried to escape and even managed to get 24” advantage, but the French athlete didn’t last long, while the German alone could not stand the peloton’s pace. Hanna Ludwig, silver medal in yesterday’s TT, tried to get the spotlight and push the German team ahead of the group, but the real breakaway came from the French squad. Nevertheless, Italy got back on the escape and with the last lap, home athlete Gaia Realini went for another breakaway together with Zanardi, Muzic and Vas, who left Realini behind and arrived in Piazza Duomo, where the Italian rider won the sprint. 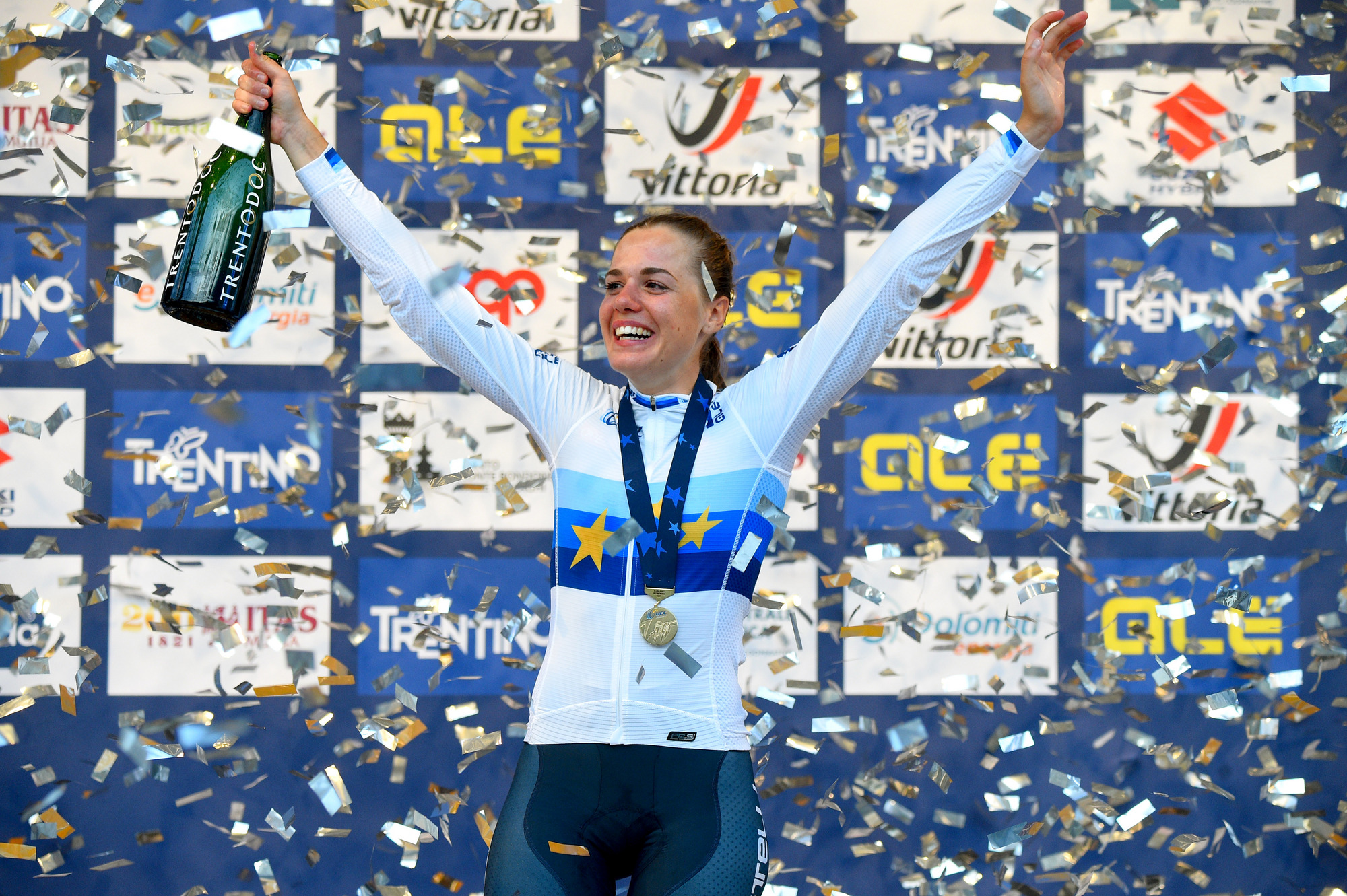